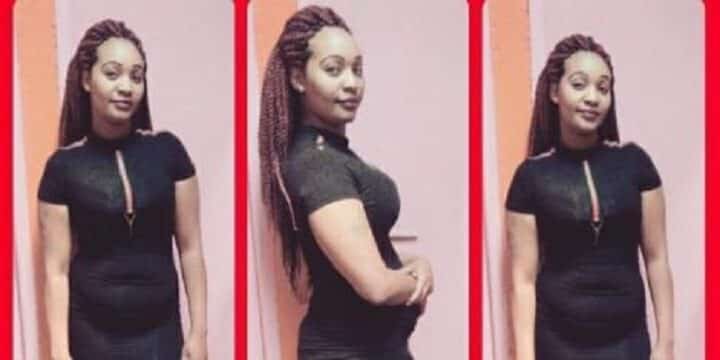 A family in Nairobi is demanding justice for their daughter who was allegedly killed by her boyfriend on Tuesday, July 27, three days before her planned trip to Qatar.

Joyce Wanjiru Nyambura, a mother of three, had been planning her trip for months before her dreams were violently cut short.

Speaking to Kenyans.co.ke, Derrick Muchiri alias Masilver who is the deceased’s brother, alleged that Nyambura’s boyfriend, Golden Nyakundi, fatally stabbed her on the side of the abdomen and mouth with a knife.

“She was bleeding from the mouth and nose and was on her way to get help from our third born sister when she breathed her last. We found her laying on the front door with blood on the corridors,” he stated.

Muchiri disclosed that Nyambura had been married before but the husband passed on in 2013. Since then, she had been a single mother before she met Nyakundi.

“The boyfriend did not want Nyambura to go to Qatar. I was with the couple on Monday and everything seemed okay.

“Why did he have to kill her if he didn’t want her to leave? Questions that we are asking ourselves, why be so inhuman?” Muchiri questioned.

The family, who reported the matter under the OB. 04/27/7/21, is demanding justice and requesting the police to speed up investigations into the matter as the suspect is still at large.

Nyambura’s body is being preserved at the Kenyatta University Memorial Home ahead of postmortem and burial on Tuesday.

The incident came just days after a University student, Christine Ambani, was kidnapped and subsequently murdered.

Her boyfriend, Innocent Kalio, was arrested in connection to the murder.

The Directorate of Criminal Investigations (DCI) stated that Christine left her home planning to meet her boyfriend for a date in Githurai and he booked her in a room in Githurai where he later stabbed her until she bled to death.