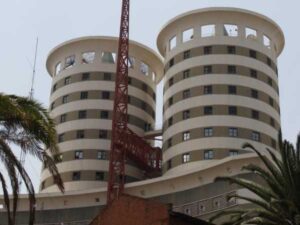 The NASA coalition has threatened to rally its supporters to boycott Nation Media Group over unfair reporting.

In a letter addressed to acting CEO Stephen Gitagama, NASA director of communication Dennis Onyango on Tuesday said the manner in which the company is reporting their activities clearly point to a pattern that it is against the coalition.

Onyango said the NMG especially the Newspaper department is either being used to do the work of NASA’s opponents or has deliberately assigned itself the task of fighting the Opposition.

“By this letter, we are putting the Nation Media Group on notice that if this trend does not stop immediately, NASA will have no option but to call on its supporters to take the company as an impediment to the realization of electoral justice, police reforms, independence of the Judiciary and strengthening of Devolution, among other issues NASA holds dear,” reads part of the letter.

It adds; “NASA will then have no option but to call on supporters to boycott the company and all its products.”

Insisting the coalition has the right to fight back, Onyango in the statement claimed for some time the Newspaper Division of the Nation Media Group has engaged in what is clearly a mission of misinformation about the activities and intentions of the National Super Alliance.

The aim he said appears to be to divide the Coalition and demoralize supporters.

These are some of the headlines the coalition is reacting to;

NASA in Crisis Talks on Raila Oath Plan (January 15, 2018). There was no information to back the claims and no evidence that the meeting was dealing a crisis. The Nation Media Group wants the Opposition coalition to run its affairs without holding meetings.

Puzzle of Raila Role Derails Unity Talks (January 16, 2018).In this story, the Daily Nation claimed that there are intentions to form a unity government and those intentions are being frustrated by lack of clarity on the roles to assign Rt. Hon Raila Odinga and Hon Kalonzo Musyoka. The paper presents no evidence at all that such intentions exist. It even quotes anonymous diplomats saying unity government has not been on the cards in their push for dialogue. But in its headline, Nation insists on the narrative of unity talks and sharing of positions

NASA Scrambles to end Split over Raila’s Oath Bid (January 19, 2018). In this story, the Daily Nation claimed that the Coalition’s People’s Assembly meeting in Machakos last Friday was a “make-or break” talk to determine the future of Raila’s political ambitions. This despite the fact that the meeting was part of the on-going activities that began last year and continue in the days ahead. Such meetings have happened in Mombasa, Kakamega, Vihiga and Kitui, among other places. The Machakos meeting was clearly not an exception.

Tough Questions over NASA plan to Swear in Raila (January 20, 2018). In this story, the Saturday Nation went all out to create rifts in the Coalitions’ technical team, talking of ODM technocrats versus those from other parties when no such formations exist. NASA strategy talks are often open and flexible. We encourage the free exchange of views with no fixed documents being presented to be discussed. The documents the paper is talking about are either fictitious or its own creation for propaganda purposes.

Venue Hitch Hits Raila Oath Plans (January 22, 2018). This story continues the trend of creating doubts about NASA activities and, despite quoting city Hall officials about the venue, makes no effort to get NASA side of the story on the same.

What Happens Next? (January 23, 2018). In this lead story today, the Daily Nation describes Opposition activities as “theatrics” that will have no effect on the country’s politics. The story is clearly an opinion disguised as objective reporting of news.

NASA changes venue of Raila “oath” ceremony (January 23, 2018). In this story, Nation claims that NASA has changed the venue of its swearing in but names no new venue and quotes nobody. The aim is to create confusion and plant doubts among NASA supporters.