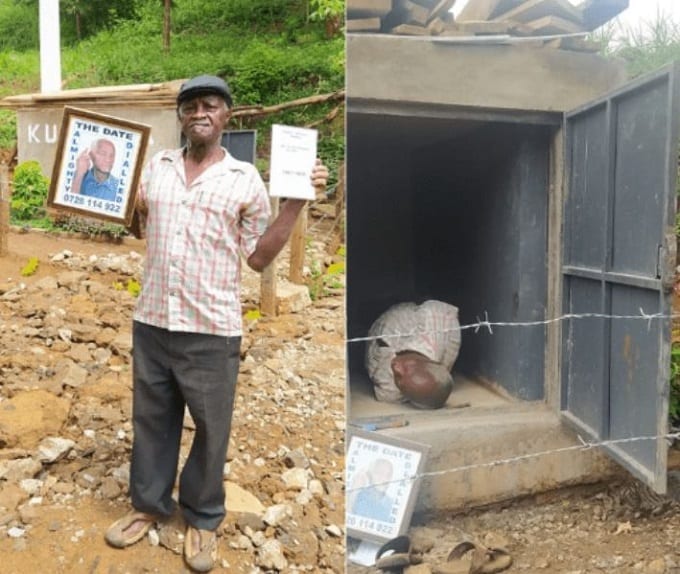 A Kenyan man from Kiharu, Murang’a County is the talk of his village after he prepared his own grave, planned his funeral, and wrote his eulogy.

Samuel Karanja said he planned how he wants to be laid to rest because he doesn’t want to bother his family with tedious funeral preparations.

Karanja first prepared his graveside- a single-roomed cavern adorned with colorful flowers. He also named it “Kumenya” after his alias- loosely translated as ‘knowing’. 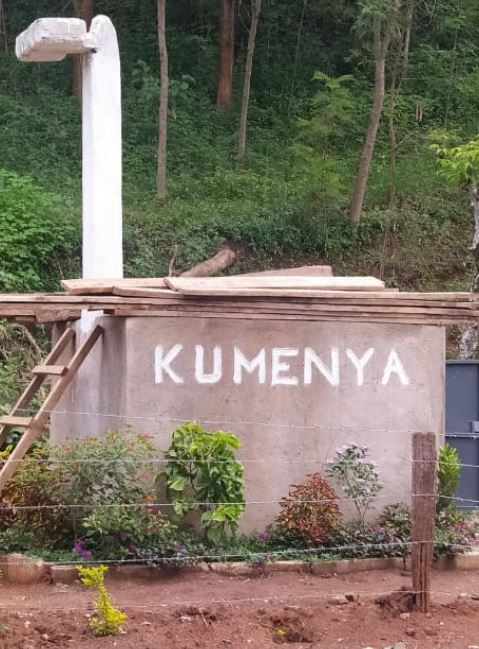 Mr. Karanja told Citizen Digital that he had already left detailed instructions on how he wants to be laid to rest. He does not want flowers, a cross, and his remains should not be covered with soil.

The elderly man has also printed the photo that will be placed on his coffin and his eulogies which he wrote himself because nobody knows him better.

His family was shocked by the man’s plans, with his wife admitting that her husband has a penchant for the unorthodox.

She mentioned that she has never seen her husband wear a shirt, even when it’s freezing cold or sweltering hot.

“He never wears a shirt, he says he hates warmth, and even when he is working in the shamba, you will see him shirtless,” she said. 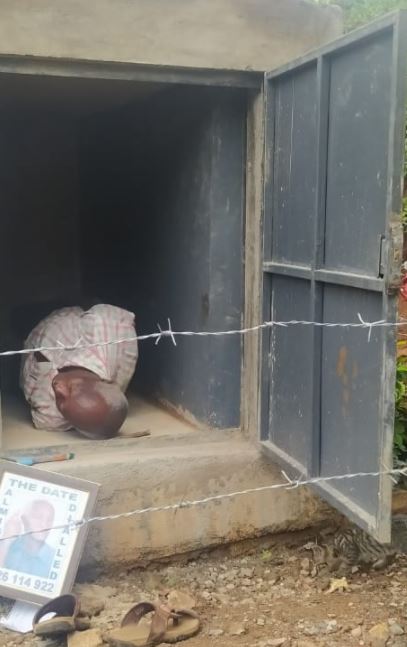