(Seychelles News Agency) – Just as the Ebola death toll tops 3,000, a man dies mysteriously and abruptly shortly after a visit to his home country Kenya, fuelling panicked rumours of Ebola showing its terrifying face in the tiny islands of the Seychelles.

But the archipelago’s Ministry of Health has cautioned against fear-mongering, saying it is investigating the cause of death of the unnamed Kenyan national, who passed away two days after he was admitted to the Seychelles Hospital in the capital city of Victoria.

According to a press release issued by the Ministry of Health today, the deceased was an expatriate worker who went home to Kenya on annual leave in August, returning to Seychelles on September 13.

The statement clarified that during his time away, the patient had not left Kenya, an eastern African country which has thus far been untouched in the Ebola epidemic which is predominantly affecting the western countries of Africa such as Sierra Leone, Liberia and Guinea. It was reported that he had also not had any contact with any ill people.

It is unclear where the deceased’s remains are and whether they are being kept in isolation to protect against contamination.

“Investigation is underway and a blood sample has been dispatched to a regional reference laboratory for an advanced screening for viruses,” read the statement.

The Ministry has promised to communicate further when results arrive from the pathologists, which they say will take “a day or two”.

A similar Ebola scare spread in Mauritius two weeks ago after a man who had recently visited countries in West Africa presented with symptoms of high fever and vomiting, but health authorities cleared up the matter once and for all by confirming that the man merely had been experiencing a bad case of malaria.

The two diseases may be difficult to tell apart during the initial flu-like onset of symptoms, with headaches, high fevers, chills and vomiting, but Ebola quickly progresses into dark hemorrhagic bruising of the skin followed by the violent excretion of bloody fluids from virtually every orifice in the body.

In August, the Seychelles Public Health Authority announced measures to control the movement of Seychellois citizens coming from or going to any of the five Ebola-stricken countries of Sierra Leone, Liberia, Guinea, Nigeria or the Democratic Republic of Congo (DRC), and imposed a temporary entry visa requirement on Western African travellers coming into the Seychelles. 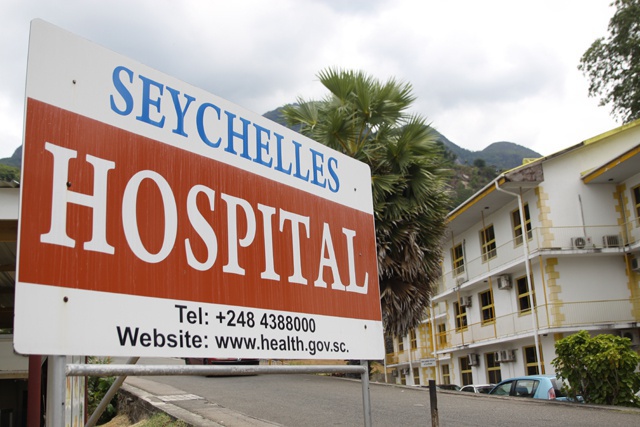