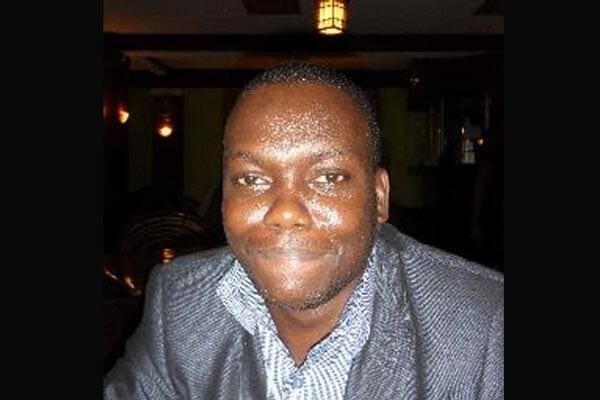 Trevy Oyombra, the broker at the centre of the “chicken” scandal, is a smooth-talking, 35-year-old former procurement officer at the disbanded Electoral Commission of Kenya (ECK).

He is a canny operator, with a mongoose’s sixth sense for danger. He has virtually disappeared from social media. His account on Twitter, Trevy James Oyombra, is gone, as is his profile on LinkedIn.

He also appears to have severed links with some of his businesses two months ago, perhaps in anticipation of the interest he would attract once his “chicken” business became public knowledge.

But he is very well known at the Independent Electoral and Boundaries Commission as well as the Kenya National Examinations Council, the two institutions where he did business as the agent for Smith & Ouzman, the British printers whose top managers are being prosecuted for allegedly giving kickbacks to IIEC bosses to get contracts.

While he is generally known as a shrewd wheeler dealer, a former colleague at ECK says Mr Oyombra passes himself off as a very religious person.

“Trevy is of course very well known to me and to nearly all managers and Commissioners at the Commission,” said former Independent Electoral and Boundaries Commission (IEBC) CEO James Oswago.

“He is a very young boy, about 35.  He was a procurement officer at ECK before being hired by Smith & Ouzman to be their agent in Kenya.

“He is not a crook, I would rather call him a wheeler dealer because he knew how to manipulate his employer to make money. It should not be difficult for him to show with evidence who he paid any consideration, if at all and whether these were in the guise of ‘chickens’ or facilitation payments,” he added.

The documents filed in the UK paints Maj Oswago as having worked closely with Mr Oyombra to inflate prices. Some of Mr Oyombra’s email to the directors of the British printers report at how happy Maj Oswago was with the “chicken”.

After the storm broke, Maj Oswago’s strategy has been to basically throw Mr Oyombra under the bus.

His defence has been that Mr Oyombra gave no “chicken” and that the broker had been leading his employer on, to fleece him.

On Thursday, Mr Oyombra declined to pick calls. He also failed to turn up for a meeting with an intermediary who had assured the Nation of arranging an interview with him.

Investigations revealed that it was Mr Oyombra who introduced S&O directors to top officials at both IIEC and Knec soon after the disbandment of ECK following the bungled 2007 general elections.

According to the UK investigators, Mr Oyombra was a central player in the “chicken” scandal by virtue of being the S&O’s agent in Kenya.

He would negotiate bribes to be given to top IIEC and Knec officials by the British firm in exchange for lucrative tenders.

The kickbacks would be channelled through his account at the Kenya Commercial Bank, disguised as his “commission.”

So connected at both the electoral and examination bodies was he that he would receive, in advance, tender documents of S&O’s competitors and give directions on how they would be disqualified by the respective bodies’ tender committees.

A senior official at IEBC who declined to be named because of his close relationship with Mr Oyombra described him as “a deeply religious person” who would skip crucial meetings at the electoral body to attend day-long prayers.

“He came across as a very religious person. This is one guy at a time we are going to an election and you look for him and you cannot find him. When you eventually get him, he tells you he was in church the whole day and this is a week day,” he said.

“He has this innocent face which makes it very easy for people to trust him,” he added.

It would be interesting to hear how Mr Oyombra reconciled his “deeply religious” convictions and his business dealings.

Besides fixing S&O’s business deals in Kenya, Mr Oyombra was until two months ago a senior official at Pic Centre Ltd, a local agency for sports pictures.

His main job was to identify potential clients for the company, mainly local newspapers and magazines.

“We would meet whenever he came to negotiate contracts with us on behalf of Pic Centre, we would have our meetings at our offices or at Java on Koinange street. He would sound polite but he was a very hard bargainer, the you-take-it-or-leave-it type,” said a senior sports editor with a local newspaper.

According to the journalist, Mr Oyombra was a sharp dresser who would attend the meetings clad in Italian suits and matching ties.

“He was kind of a lone ranger, he would drive himself to Java and park his Toyota VX right at the entrance,” he said.

Documents filed in a London court by UK investigators say Mr Oyombra describes himself as a young man determined to make riches in the shortest time possible.

The documents quote an email he sent to his bosses at S&O describing a meeting he had with a procurement officer at the National Registration Bureau in Kenya identified as Dixon Lugonzo in December 2008.

“Well I was successful on the mission. I had 2 hours of his time and we spoke at length. He was so surprised I know a lot of procurement regulations and the loopholes until I told em im a procurement officer with the former ECK now to be known as IIEC,” Mr Oyombra says.

After Moving back to Kenya, she provide a nest for bright girls