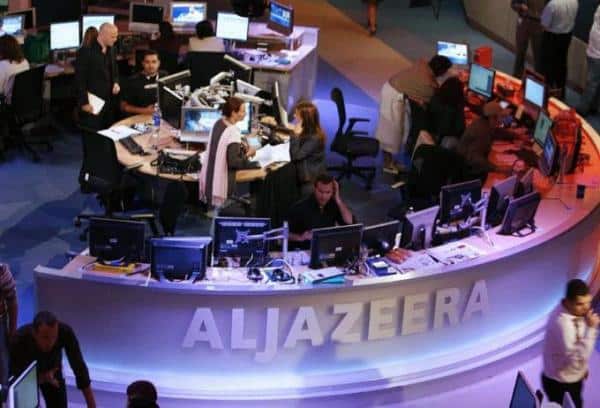 Response to statement by Government of Kenya

Al Jazeera Media Network is deeply concerned by the Government of Kenya’s threat to bring charges against those involved in the making of “Inside Kenya’s Death Squads”, broadcast on December 8.

Al Jazeera urges the Government of Kenya (GoK) not to attack journalists or to curtail freedom of speech, but instead to confront the serious allegations that its agents commit extra-judicial killings.

“Inside Kenya’s Death Squads”, produced by the network’s Investigative Unit, features the testimony of a number of members of Kenya’s counter terrorism units. Each states that the police assassinate suspects on government orders. They claim orders come from the National Security Council, a body chaired by President Uhuru Kenyatta.

The documentary was neither “malicious” nor “unethical”. Each point made by the GoK is erroneous and misinformed.

Kenya’s Star Newspaper Mocks the Cross of Christ: Should…

• The promotional material for the documentary never claimed death squads had killed 500 clerics.

• The programme gave the GoK ample opportunity to reply to the accusations and included its denials.

• The identities of all persons interviewed and documents released were checked and verified.

The investigation was the confirmation of an allegation that has been widespread in Kenya for many years:

• The International Criminal Court has spent more than four years examining evidence of extra-judicial killings said to have been committed by the President and his deputy. The case collapsed after the Prosecutor accused the GoK of “an unprecedented effort to intimidate and interfere with witnesses”.

• In 2009, Wikileaks published a document that provided evidence that over 500 young men were killed or made to disappear in a police campaign.

• The United Nations special rapporteur on extrajudicial executions, Philip Alston, declared in 2010: “I have received overwhelming testimony that there exists in Kenya a systematic, widespread and well-planned strategy to execute individuals.”

• In August 2014, Human Rights Watch issued a report that concluded: “There is strong evidence that Kenya’s Anti-Terrorism Police Unit (ATPU) has carried out a series of extrajudicial killings and enforced disappearances.”

• Former Kenyan Prime Minister Raila Odinga said on December 9 in response to our investigation: “I have been in the National Security Council and I am aware that the government has a hit squad.”

The GoK accuses those involved in the production of violating “the democratic space which every Kenyan must protect to prevent our democracy from being appropriated by agents and/ or sympathizers of extremists and terrorist agenda.”

While the team that conducted the investigation is based outside Kenya, the statement appears directed at journalists within the country who examine and report on government abuses.

We note that the GoK is proposing new legislation seeking to punish journalists who are found guilty of “undermining security operations”. According to reports, the Security Laws (Amendment) Bill 2014 seeks to jail such persons for up to three years or fine them five million Kenyan Shilling (55,000 USD) or both.

Al Jazeera defends the right of journalists to freedom of expression and condemns attempts to restrict the work of professional journalism. It stands by colleagues in the profession facing acts of aggression and harassment.

Cord team winds up US summit,advised not to pick wars with the media

Motivational Message: We must be seekers of God