There was a scuffle in Embu town Monday mid-morning after a pastor was reportedly found in a compromising position with the wife of a local businessman.

The pastor, who operates in Ena and Nembure shopping centres, was said to have parked his vehicle at a corner near Makuti restaurant where he remained locked up with the woman.

According to witnesses, the woman’s husband had trailed the two after spotting them near his place of work. He kept monitoring the parked vehicle from a distance hoping they would alight, but they didn’t.

The 50 year-old man then went near and allegedly found the two in a compromising position. He raised an alarm, attracting members of the public from the nearby matatu terminus and boda boda operators. 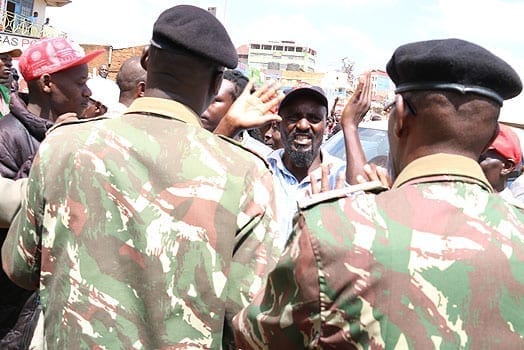 Police restrain an angry mob that was baying for the Pastor’s blood. PHOTO | CHARLES WANYORO

A witness, Mr Samuel Migwi, said the public moved to the vehicle and started pelting it with stones.

Kevin Macharia Gichovi, 16, was seriously injured in the ensuing melee after being hit in the head with stones. He later died at Tenri Children’s hospital.

The pastor was rescued by police who were guarding a nearby bank and supermarket.

Police reinforcements, led by Mr Sang, later arrived and made a cordon around the cleric’s car, as the residents threatened to vandalise it. 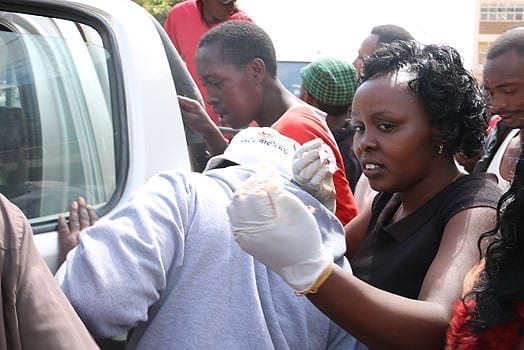 A medic attends to a man who was injured in the melee. PHOTO | CHARLES WANYORO

The vehicle was later towed to the Embu police station after the angry mob had deflated its tyres.

“He (the husband) saw the two pass by his place of work near Naivas supermarket and trailed them. The residents supported him since he is a popular man,” said Mr Migwi.

A resident, Mr Henry Rutere, said the action had put to shame, the church in Embu and called for a disciplinary action against amorous and wayward pastors.

OCPD Sang said the pastor had was released after recording a statement with police.