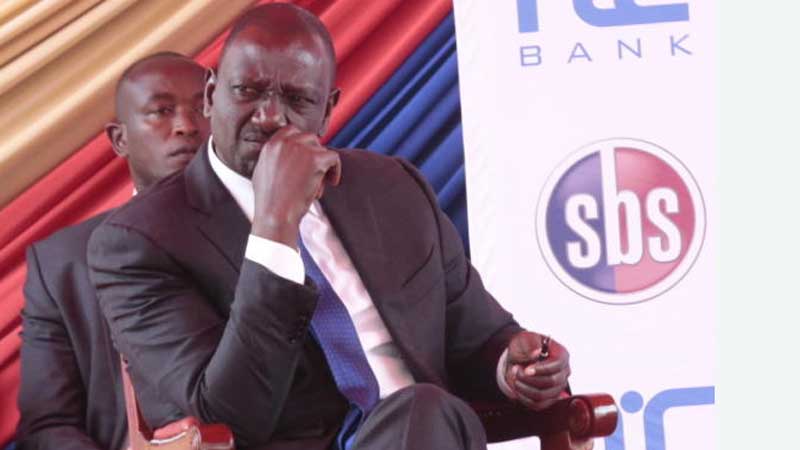 Last week, I argued that elite interests are behind the push for a referendum. And that Uhuru Kenyatta and Raila Odinga are working to keep the lions (the political ‘nobility’) in perpetual circulation to lock out the foxes (dynasties in waiting, currently represented by William Ruto).

Implied in this argument is that if Uhuru and Raila’s ‘self-preservation’ plans succeed, Ruto is ‘finished’.

This week, allow me to flip this argument on its head, and make two counter-arguments. The first is that for Ruto, the referendum is actually a blessing in disguise. The second is that similarly, for Uhuru and Raila, supporting a Ruto succession is actually the best route to self-preservation.

The referendum is actually Ruto’s surest guarantee of becoming president in 2022. I say this because the one thing that politically upsets Kenyans more than elite circulation is ethnic circulation. Re-cycling leaders based on ethnicity is the independence-old issue that has led Kenya to suicidal (read secessionist) thoughts, and depression (read cyclical violent outbursts).

The referendum, specifically the expansion of positions in the executive, solves a conundrum for Ruto years in advance. That problem is selection of a running mate. Ruto will be damned if he runs with a Kikuyu candidate and damned if he does not.

While the Kikuyu running mate will bring a numerically strong voting bloc, she (the running mate) will also cause all other tribal blocs to consolidate against this Kikuyu/Kalenjin ‘presidential relay’. On the other hand, if Ruto opts for a non-Kikuyu running mate, the rival coalition will benefit from the Kikuyu numbers and seriously jeopardise his chances.

If the referendum advances the expansion of the two-person executive however, it will allow Ruto to build coalitions easier. It will allow him to woo interested parties that are more ethnically representative. It will enable him to then win with a possible margin of 60 per cent, as opposed to a potential run-off scenario.

The second argument is that the best way Uhuru and Raila can ensure the survival of their dynasties is by supporting a Ruto presidency. I say this for two reasons. The first is that Ruto’s short political history has demonstrated a ‘once in a generation’ tenacity and political acumen.

In short, blocking Ruto from attaining the ultimate political prize, the presidency, is like fighting the tide. If the tide is coming in, it is coming in; no earthly king (or dynasties in this case) can stop it.

It is said that when one is in a position of weakness in battle, it is better to surrender than to suffer a humiliating loss. Surrender, according to the ‘48 Laws of Power’, gives you time to recover, time to torment and irritate your conqueror, and most importantly, time to wait for his power to wane.

The second reason is this: Should the dynasties conspire to lock Ruto out, then he becomes president, the dynasties are cooked. Not pan-fried for one term or quickly braised over one election – they will be slow-cooked to perfection for generations to come, until they are tender with humility and heavily seasoned with regret. They will be boiled to submission.

This is because William Ruto will do all things that former President Daniel arap Moi did. He won’t do them because he wants to, he will do it for the sake of survival, just as Mzee Moi did.

He will create a new political and economic elite, dependent solely on him. He will drive the elite hegemony from dominating enterprise, and strip any threatening agents of their financial muscle. He will engineer the succession in 2032, to be inherited not by an elite, but by another ‘commoner’.

Although ironic, Uhuru and Raila’s best bet in protecting their elite interests is in supporting a Ruto presidency. The alternative may be to have the dynasties on Ruto’s hot grill post 2022.

– The writer is a PhD candidate in political economy at SMC University.