VIDEO: Ruth Chemutai Rono gets job at office of the president

Ruth Chemutai Rono, the First Class honours graduate from Baringo Central who was forced to take care of her siblings after her mother fell ill, has been offered a job at the Energy Regulatory Commission (ERC).

Chemutai who came to the limelight after her plight was highlighted on social media has so far received around 20 job offers but settled for the government parastatal.

The employment of the Chuka University graduate took the intervention of the Office of the President.

In her story, Chemutai narrated how she graduated with First Class honours in Economics and Statistics four years ago but had been job hunting for five years without success.

She is the sole bread-winner of her family, given that her mother is still gravely ill and her father allegedly abandoned them.

The second born in a family of seven was forced to retreat to the village to take care of her family, including her younger sister who is living with disability. 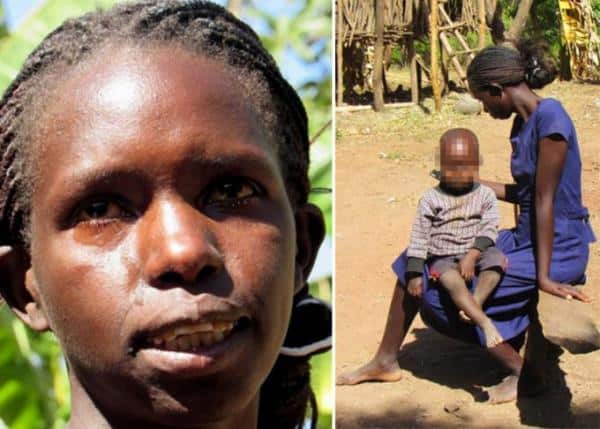 Until her plight was highlighted, the 27-year-old graduate did menial jobs in Lelbatai Village to raise money for food and other basic needs, including her siblings’ school fees.

She would also fetch water from the nearby stream for domestic use and milk the only goat the family to supplement the food she got..

On Wednesday, after her plight was highlighted, Chemutai also received a job offer as a human resources manager at Seven Meals Limited, a non-governmental firm headquartered in Utawala that deals in economic empowerment.

Charles Muriuki, the founder of the firm, told edaily that Chemutai would earn a monthly salary of Ksh.30,000 while on three months probation.

On top of that, her siblings were to be educated and housed in Nairobi, courtesy of Mr. Muriuki.

“Three of her siblings are in primary school. We will fly them to Nairobi and they will be enrolled at Lakewood Premier School in Utawala, where my children study. The 2-bedroomed house that we have rented for her for the next 6 months in Utawala, will house her and her siblings,” said Mr Muriuki.

“We have already identified and furnished the house,” he added.

Chemutai’s other sibling, who is in high school, was also to be educated courtesy of Mr Muriuki.

The graduate’s other two siblings, who are in college pursuing courses in teaching and social work, also received offers of employment at Mr Muriuki’s firm after they complete their education.