Jalang’o quits Milele FM,Reveals the next Radio station he will be joining

Just a few hours ago he announced about his plans to launch a new TV station which will go by the name of Jalango TV. However unlike most stations, the difference with Jalang’o TV is that it will be on his YouTube channel. 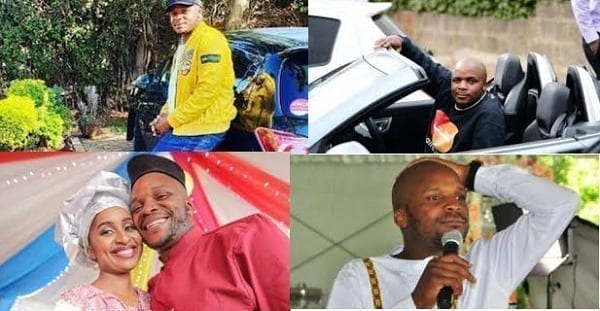 Speaking about his new plans, the radio host promised his fans new job opportunities that will see journalists get employment; thanks to his generosity and money making ideas! He said;

After quitting Milele FM, Jalang’o says fans have been asking where he will soon be relocating to; since he already mentioned about the 6 job offers.

Through his latest episode aired on Bonga na Jalas the former Milele FM has shared a few details hinting which radio station he will soon be joining. Speaking about this, Jalang’o opened up saying;

So it’s an early morning and everyone is asking where you, where you…and I write this statement that I will not be working at Milele FM. So many people are left in what we call a Limbo so many of our listeners calling me. So many fans on social media asking what is happening….and I had to tell them that I am not at Milele FM anymore.

According to Jalang’o he wanted Milele FM to be his final radio station; which now means the comedian has retirement plans set to be executed in the near future. He went on to add;

One of the saddest things because I knew that I needed to complete my final radio journey with Milele FM. I didn’t want to do this radio anymore. So at this moment I am not happy because I didn’t want to leave Milele FM but I am happy to say one thing; did not fight for what you can earn. If you can earn it yourself , go earn it, you get…if you can fight for it…fight. So,  I decided to earn what I can, so the big question is where else. The blogs are all over calling me ‘where you going? where you going? Have you had a call?

From what Jalang’o said on his video, we now believe that he may be joining Radio Africa since they can afford him one way or another. He however did not reveal the specific station he will soon be joining but he concluded his statement saying;

I have had a call from now the 8th radio with morning one today from KBC with the amazing Bonni msambi and told me bro what’s the plan, I need you to come we work together. I told him Bonni I am not coming, I am not coming. You already have an amazing show, go ahead do it but I want to say something, I might end up on Waiyaki way. And there are so many radio stations there is NRG, Jambo, KISS, classic…will decided!

Charge Kidero and Shebesh for fighting in public-police

Kakamega twins DNA result out,families not sure what to do next