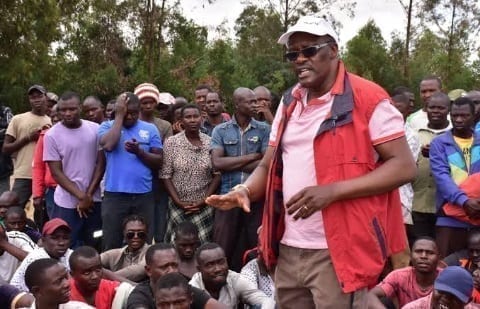 Owalo resigned as a member of the Musalia Mudavadi’s ANC party in August saying that he felt it was “imperative to create ample space within the Party”.

“Based on the foregoing and informed by a contextual analysis of all the probable 2022 Presidential candidates, I have with effect from today made a deliberate and conscious decision to stand with Kenyans by pursuing my political interests and aspirations within the ambit of the “Hustler” Political Matrix,” he said.

Owalo said he did not see the reason for the constitution to be changed.

“One, therefore, wonders the rationale behind the urgency in unilaterally rushing to the radical conclusion that we need a constitutional change that is not informed by a technically-feasible position,” he said.

“My honest opinion is that our problem really is not a bad constitution but lack of enforcement and political goodwill and capture of the state by a few individuals in total disregard to the interests of the Kenyan majority.”

Owalo said that there was a worrying scheme by a ‘few select and privileged families’ to unilaterally decide the leadership of Kenyans.

“More worryingly, there are concerted efforts by the same clique of people to put together ethnic congrolemations as an avenue of attaining political power,” he said.

“Personally, I’m vehemently opposed to and do not subscribe to the school of thought that two or three families should selfishly scheme to rotate the leadership of this country among themselves as a means of perpetuating themselves in power and serving their egocentric economic interests. ”

Owalo said to save Kenya from the current economic morass and political quagmire, Kenyans need to collectively and individually embark on forging unity of purpose across the country.

Photo:Mike Sonko and his father