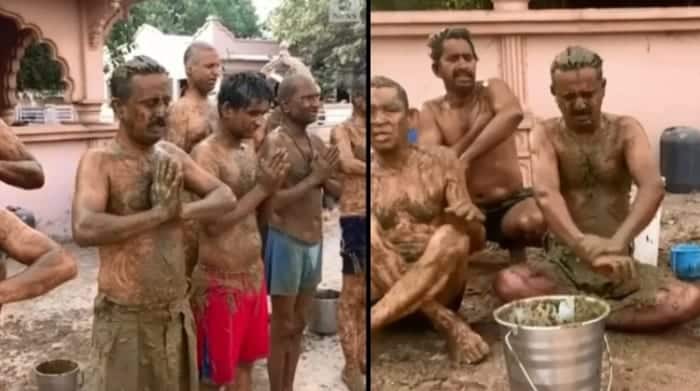 Doctors in India have warned against the use of cow dung to boost immunity against COVID-19 after a section of locals from the western part of the country was spotted smearing the faecal matter on the bodies.

The COVID-19 situation in India has been worrying as the country has been recording more than 300,000 infections daily and losing thousands of people in the same amount of time.

In a video shared by ABC, a group of men was seen smearing a mixture of cow dung and urine on their bodies with the belief that it would protect them from the deadly virus that has crippled the health system.

“Even doctors who are fighting coronavirus come here. Their belief is that this therapy improves their immunity and they can go tend to patients without fear,” one of the men who had cow dung plastered on his body said.

However, medics discouraged this practice as it is not backed by any scientific evidence. “There is no scientific evidence to prove that cow dung can be used as treatment or immunity against corona infection. “People should understand that when they use the excreta of a cow, which has been considered a sacred animal, they are at risk of getting a zoonotic or an infectious disease,” the medic said. On Tuesday, May 11, the South Asian country recorded its lowest count of daily COVID-19 cases in 14 days. The total COVID-19 cumulative cases are 23,299,250 while the death is at 253,470. In a separate story, an 85-year-old man was hailed as a hero in India after sacrificing his hospital bed to a younger man who was critically ill.

Narayan Dabhalkar died on Monday, April 26, after he voluntarily vacated his hospital bed despite his dipping oxygen levels, for a 40-year-old man. Narayan saw the wife of the 40-year-old man pleading to the hospital to admit him, and he was deeply moved. Though his heroic moved many citizens in India, many said the government had failed the man who had to sacrifice his life for another person.