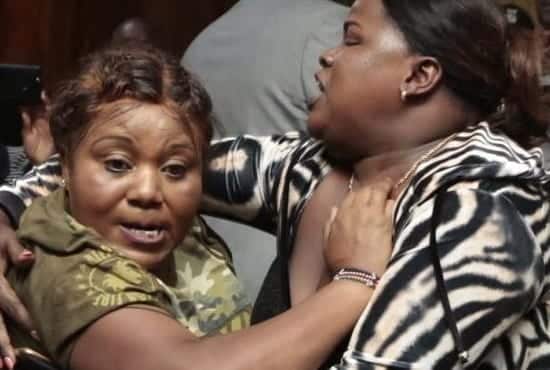 In most instances, Kenyan politics is marred with smear campaigns but as Nairobi Nominated MCA Mary Njambi, popularly known as ‘Krimino’, can tell you, it takes uncanny tactics for politicians to stay in business.

Since she joined Nairobi County Assembly in 2017, Njambi has earned a cluster of names based on her tactics ranging from ‘Krimino’ to ‘Mafirifir’ born from her behaviour.

What remains for sure is that the MCA has commanded attention countywide be it during press conferences or while appearing before Parliamentary committees.

Here are five instances that Njambi’s name became a trending topic in the country.

The MCA got her big break in the headlines in October 2018 after a botched attempt to eject Nairobi County Assembly Speaker, Beatrice Elachi.

In an address to journalists, the MCA passionately protested that Elachi had sprayed pepper in her eyes, an act she termed as “Kirimino” (Criminal).

“How can you be a speaker, na unawekea MCA wako mafirifiri kwa macho, si hiyo ni Kirimino (you are using pepper spray on your MCAs, isn’t that criminal)? ” she lamented.

2. Gunshots during a protest at City Hall

On Monday, November 11, 2019, Njambi was forced to run for safety after gunshots disrupted her hilarious address to the media.

The MCA was narrating how some of her colleagues were operating dangerously with guns and that they were likely to cause deaths.

“Let the DCI come and confiscate the guns because they are likely to cause deaths. Since when are MCAs allowed to have more than two guns?

“A day like today, the protesters were using guns and people like us were at risk of being shot dead. I do not even own a gun,” she protested.

The video clip was laced with gunshot sounds and teargas explosions.

On Tuesday, July 28, Njambi was also among the MCAs that had stormed City Hall in an attempt to evict the embattled Nairobi Speaker Beatrice Elachi.

In the clip, the lawmaker, who donned a polka-dotted blouse and black pair of trousers, was leading her colleagues in a jubilation song after accessing the building.

“They had locked us out of the building but the doors were opened,” she claimed at the end of the song.

In the chaos that ensued during the ouster bid, Mlango Kubwa MCA Patricia Mutheu was beaten up by police and sustained injuries.

Before the MCA jumped ship to the anti-Elachi team, she was an ardent supporter and lit up the press during a briefing when she supported her reinstatement.

In her address, she heaped praise on the speaker noting that her ouster had impeded service delivery in the county.

“I am so happy and I would like to welcome you back. Madam Elachi, since you left, Nairobi was not working perfectly and that is why President Uhuru Kenyatta deemed it fit to re-instate you.

“Madam Elachi is the only speaker who can handle Nairobi,” she declared leaving congregants in stitches.

5. Her singing and dancing skills

On Wednesday, August 5, the lawmaker resurfaced with another dancing video in which she was belching a Kikuyu tune.

Listening closely, the theme of sugar mommies and daddies dominates the track but it is not clear what her message is.

What, however, catches the eye is her dancing and singing skills.

Below is video showing her viral moments:

Mafirifiri’ is back: Best of MCA Mary Njambi