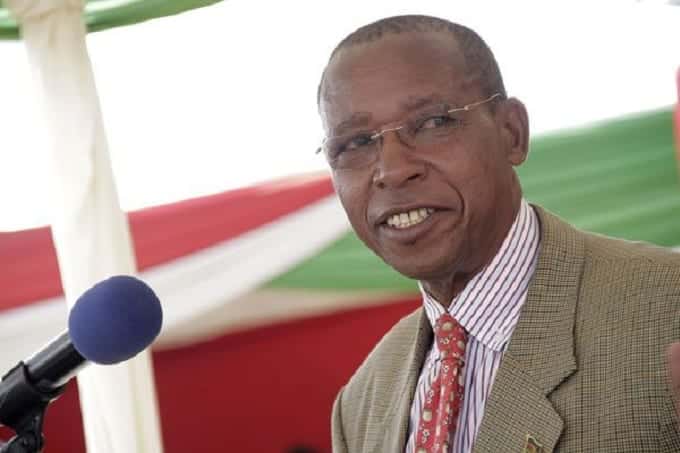 Although the government would not discriminate on grounds of sex or other orientation in line with the Constitution, Mr Kilonzo would not accept The Whale Riderto be taught and examined in secondary schools if it was found to contain same-sex nuances.

It will be examined for the first time this year at the Kenya Certificate of Secondary Education level.

It means the current Form Four class started studying the book last year. .“It is news to me that such a book was selected. I don’t care how intelligent the writer is, I will get it removed since Kenya is not ready for such a curriculum, at least not under my watch,” he said.

Set books, like all other books and teaching materials, are approved by the Kenya Institute of Education (KIE) headed by Dr Lydia Nzomo.

Mr Kilonzo said there was enough sexual education in the curriculum, which was limited to holy books like the Koran, the Bible and the Hindu.

Representatives of parents called for the immediate ban of the book and asked the government to re-evaluate all the other set texts to “weed out sections corrupting the minds of children.”

“Any literature with any element of gayism or lesbianism should not be allowed in our schools,” said Musau Ndunda, Kenya National Association ofParents Secretary-General.

Kenya Episcopal Conference Secretary General Fr Vincent Wambugu asked the government to order the banning of the book and its withdrawal from all bookshops.

“We must guard our society now and in the future,” he said.

“Gay practices are against the dignity of human person and human life.”

The Whale Rider,a novel about the Maori culture in the wake of European colonialism, makes subtle references to homosexuality which critics say keen students will not miss.

At some point in the narrative, the heroine Kahu prattles on about how she is not the type of girl who “likes boys” without realising that, to her adult interlocutor, she could be saying she is lesbian.

This is just before a humorous scene in which Koro Apirana (aka “Paka”) mistakes his grandson, the narrator, for his wife Nani Flowers while the men share a bed at night, both having been turned away by their female partners.

All heterosexual relationships in the novel are presented as dysfunctional or ill-fated, including the relationship between the narrator and his girlfriend.

When the narrator goes to Sidney, Australia, he puts up with a Maori “cousin” until the narrator makes a male “ friend of his own”.