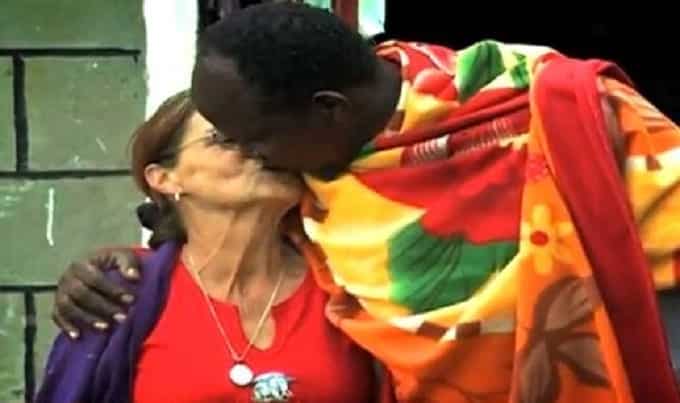 Picture this, a woman all her life brought up in one of the biggest cities in Europe, a city like Bonn in Germany for example, but decides to leave her motherland and instead makes a decision to get married to a Samburu Moran. She moves in with the Moran despite the language barrier and stays in a manyatta lacking in the very basic of amenities. She even goes to the river like all the other samburu women and she vows never to go back to her motherland. Judy Kosgei was in samburu where she interacted with several such women some from Germany and Belgium wanting to establish the motivation behind their decision. Here now is the first part of the series “My Samburu Moran.”

Is it love? Or business? That is the question most people are asking in Samburu as more and more young morans head to the coastal counties of Mombasa and Kilifi only to return to Samburu with retiree white women who they proudly introduce as their wives. But what is it that these women are looking for in Samburu morans? Let us find out in this second and final part of “My Samburu Morans”, a feature by Judy Kosgei.