Kenya’s Hollywood star and Prof. Anyang Nyong’o’s daughter, Lupita Nyong’o is causing major ripples in the American showbiz scene. A while back, she was hanging out with Canadian movie star Brad Pitt alongside fellow “12 years a Slave” cast.

Lupita who is in pole position for an Oscar nomination was also recently voted as the better actress compared to TV talk show queen, Oprah Winfrey. And just before you thought she was done, think again.

Yesterday, celebrated actress and former model, Gabrielle Union posted a photo of herself hanging out with Lupita at a leading restaurant. Take a look; 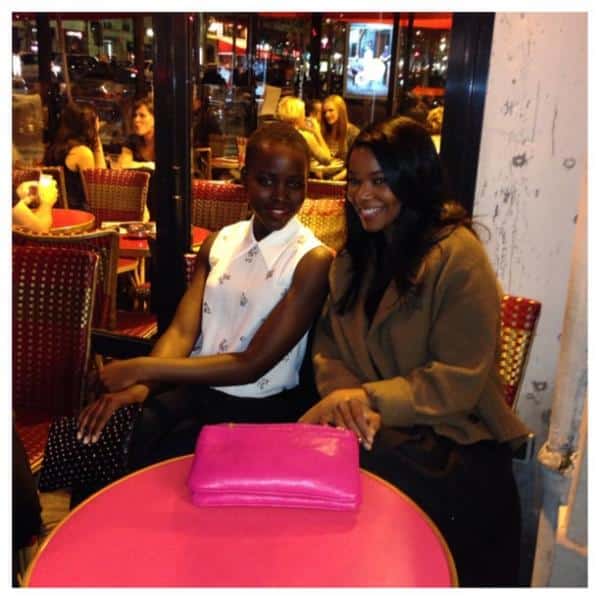 Awesome Photo.Real parent-Hands in the pocket while address president Kenyatta