Israeli former Prime Minister Ariel Sharon’s health has deteriorated further with his “vital organs” failing, the hospital where he has been housed in a comatose state for eight years announced.

“In the last few days, we have seen a gradual decline in the functioning of Ariel Sharon’s vital organs, which are essential for his survival,” Tel Hashomer hospital director Zeev Rotstein told Israeli public radio.

“His state is classed as critical, meaning his life is in danger,” Rotstein said.

“The medical staff and Sharon’s family are expecting a turn for the worse,” he added.

News website Ynet quoted medical sources as saying Sharon was taken into intensive care a month ago. His health then stabilised but suffered a “significant deterioration” in the past few days.

The long-time leader of the right-wing nationalist camp in Israeli politics suffered a massive stroke on January 4, 2006, slipping into a coma from which he has never recovered.

Israeli and US specialists said in January 2013 that Sharon had showed “significant brain activity” in an MRI scan, responding to pictures of his family seven years after the stroke.

Concern over the state of Sharon’s health comes as US Secretary of State John Kerry is expected in Israel at the start of a four-day Middle East visit aimed at securing Israeli and Palestinian agreement on a framework for final status peace talks.

Sharon was first elected Prime Minister in February 2001, just months after walking through east Jerusalem’s flashpoint Al-Aqsa mosque compound, revered by Jews as the Temple Mount, in an action that sparked the second Palestinian uprising.

In November 2005, he left the right-wing Likud to set up a new party, Kadima, frustrated by hardliners opposed to his withdrawal of troops and settlers from Gaza that year and to any further concessions in the occupied West Bank.

In an extraordinary and controversial career stretching back more than half a century, the 85-year-old made it his mission to safeguard national security.

He became convinced that Israel needed to separate from the Palestinians and unilaterally determine its own borders.

Born in British-mandate Palestine on February 27, 1928, to parents from Belarus, Sharon summed himself up in the title of his autobiography: “Warrior”.

Impetuous and daring, Sharon proved himself an artful soldier and shrewd politician who pioneered some of the most far-reaching changes in Israeli history.

While his administration was initially seen as the most hawkish in Israeli history, less than four years after his 2001 election, it withdrew troops and settlers from Gaza, Palestinian territory occupied in the 1967 war.

But nothing could redeem Sharon in the eyes of his Palestinian foes. Shortly after his massive stroke in 2006, Hamas said the Middle East would be better off without him.

Dubbed “the Bulldozer” both for his style and his physique, Sharon is also remembered by Arabs as the “Butcher of Beirut” for the massacres of Palestinian refugees at Sabra and Shatila by a Lebanese militia, while Israeli troops stood by.-nation.co.ke 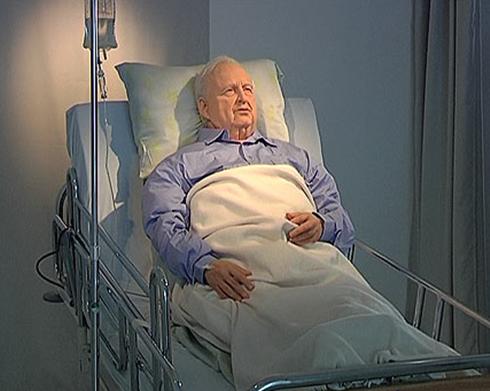 Registration of Diaspora voters to start in few months