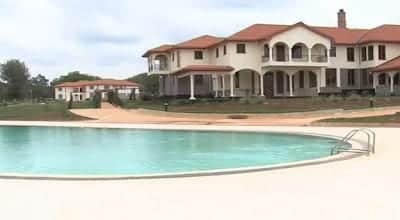 Deputy President William Ruto will not be allowed to occupy his Sh453 million official Karen residence any time soon.

Sources familiar with the project told the Star another planned refurbishing may not be complete by the time the term of the current government ends in 2017.

The formica that had been fitted in the main lounge has been peeling off due to “poor workmanship”. This is one of the areas to be redone. The lounge also has no air conditioning while the tiles in the veranda have been growing mould.

By the time the refurbishing is done, the taxpayer will have spent another Sh100 million, according to insiders. This means the cost of the project will be pushed to around Sh553 million, up from the Sh197 million it was planned to consume when it was started in 2006.

Other works to be done include changes in the sitting room, bedrooms and offices, replacement of flush doors with mahogany ones, repairs on the perimeter wall around the 12-acre property, installation of CCTV cameras around the compound and the erection of electric fences.

Being the residence’s official occupier, the Deputy President is said to have occasionally proposed various changes including the reduction of the size of the windows.

A maisonettes that was meant for the caretaker is to be converted into an office expected to be used by the Deputy President’s wife Rachel Ruto.

The residence was first completed in September 2012 and handed over to the then Ministry of Home Affairs ready for occupation. The then Vice President Kalonzo Musyoka however did not move in as it was barely six months to the general election.

Government engineers also identified defects which they said must be rectified before the residence was occupied. Former President Mwai Kibaki however opted to officially open the house on November 15, 2012 after which Kalonzo started using its office space and gym facilities. In June last year, the government advertised the tender for the renovations of the residence. It is not clear yet which company won the tender but officials at the DP’s office told the Star that no one is on site.

The Star was further informed that  the government was taken aback when about 10 companies that applied for the tender to do the refurbishing quoted more than the Sh100 million projected.

The residence comprises a main house with a master bedroom, three other bedrooms and two guest wings. Apart from the main house, the residence has a state-of-the-art office block, gazebo, gym, garage, generator house, swimming pool and comptroller’s unit.

The original contractor, Dimken Kenya, was awarded the tender for the residence on January 25, 2006 at a contract sum of Sh197 million and was expected to complete the project on January 27, 2007.

However, the contract was terminated on October 21, 2008 due to non-performance despite the contractor having been paid Sh70 million. The government then awarded the tender to a new company, Italbuild Imports at a contract sum of Sh383 million.

After being sworn in as Deputy President, Ruto announced that he was comfortable living in his Karen home even though the government had given him an official residence in the same neighborhood.

Ruto is said to occasionally use the office and gym facilities in the new residence, which is barely 2km from his private home. 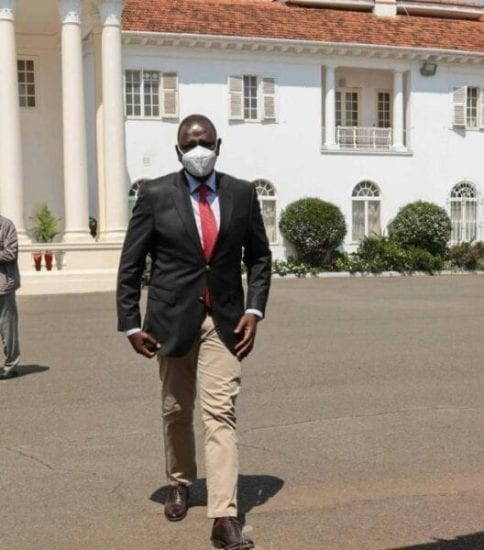