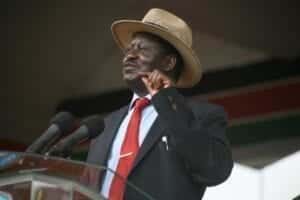 Former Prime Minister Raila Odinga has faulted the Jubilee government for what he terms as “designating one man to run the Diaspora Affairs at the Office of the President.”

Speaking in Boston, Massachusetts on Monday, Mr Odinga said diaspora affairs were too important to be relegated to a small department in the Office of the President.

“It should have a full fledged department in the Ministry of Foreign Affairs where Kenyans living outside the country can be served efficiently,” he said.

For the second time in as many years, Mr Odinga took a swipe at the Director of Digital, New Media and Diaspora Affairs, Mr Dennis Itumbi, saying he is ill equipped to manage Diaspora Affairs.

“This is a very vital constituency which should be given commensurate attention,” he told a phone-in live show hosted by Massachusetts-based Jambo Radio Network.

“This Itumbi man cannot manage it,” he told the three panellists who engaged him on a number of topics.

In an interview with the Daily Nation mid last year, Odinga rubbished Itumbi’s appointment, saying it is a clear indication that the government was not treating the diaspora with the seriousness it deserved.

“The kind of character who has been appointed by the government, I don’t think has the kind of connection and capacity to bring in the diaspora together….” he told Nation reporter Anthony Karanja in Dallas, Texas.

On Monday, Mr Odinga said he doubted whether the Independent Electoral and Boundaries Commission (IEBC) was working on modalities of ensuring that Kenyans living outside the country cast their ballot in 2017.

“There are only three and a half years to go. Are they waiting for the last minute to announce that they aren’t able to do it,” he wondered.

Mr Odinga’s comments come only two days after the Sunday Nation reported that a section of Kenyans living in the United States were highly critical of Jubilee government’s performance record.

The Cord leader is in the US attending a month-long residency lecture series at the African Presidential Center of Boston University, Massachusetts.

He has been invited by the African Presidential Centre (APC) which establishes and coordinates forums for African leaders to engage other political, business, academic and public sector players.-nation.co.ke 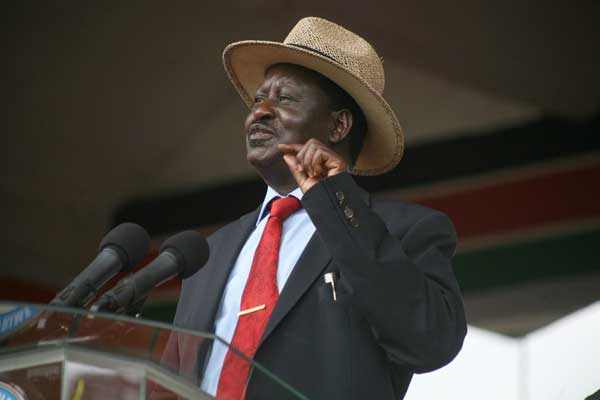