Sweden said Wednesday it would stop development aid payments to Uganda “because of the anti-gay legislation” passed in late February.

“The government reaffirms its strong condemnation of the Ugandan legislation that violates the fundamental rights of homosexuals, bisexuals and transgender people,” Minister for International Development Cooperation Hillevi Engstroem said.

“Swedish aid is not unconditional. That’s why the government has decided to withhold state-to-state payments,” she added without specifying the amount involved.

On February 24, Ugandan President Yoweri Museveni signed into law a series of bills banning the promotion of homosexuality and making it mandatory to report gays, in a country where they can face life-time imprisonment.

Other European nations, namely Denmark, Norway and the Netherlands, announced on the very same day that they would freeze their aid to the Ugandan state or redirect it towards private sector initiatives, aid agencies and rights organisations.

“We want to support homosexuals, bisexuals and transgender people in Uganda through Swedish aid via other channels,” Engstroem said.

Sweden’s subsidies to Uganda in 2012 amounted to 26.5 million euros ($34.1 million), 42 percent of which were intended to promote democracy, human rights and gender equality.-nation.co.ke 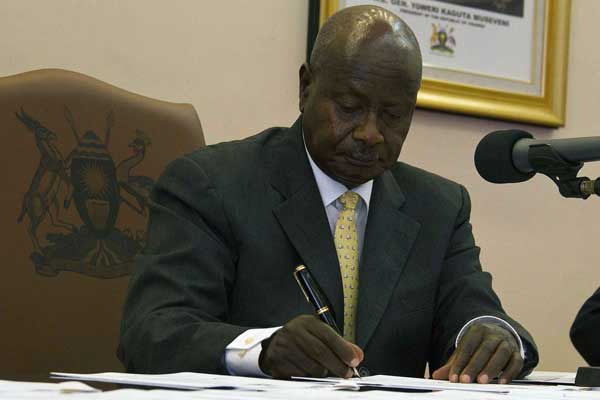