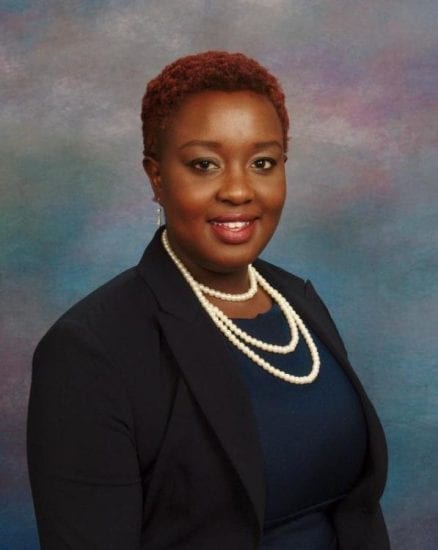 Brenda Kathurima (Daughter of Pastor Martin Kathurima of Christ Worship Center in Layhil Maryland), a rising second-year student at Maryland Carey Law, won the 2014 Leesfield/AAJ Law Student Scholarship. The award was announced during the American Association for Justice (AAJ) Annual Convention in Baltimore July 26-29, which brought together trial lawyers from across the country.

Sponsored jointly by the AAJ and Ira H. Leesfield of Leesfield & Partners of Miami, Florida, the scholarship has been awarded since 1994 to “law students who exemplify a high commitment to trial advocacy and public justice.” In addition to a generous monetary award, the scholarship includes participation in the annual AAJ Convention, which offers dozens of sessions on litigation-related topics.

During the award announcement at the Leadership Breakfast on July 27, Leesfield noted that Kathurima’s childhood in East Africa had led to her commitment to the rule of law and to justice.

In accepting the award, Kathurima spoke movingly of her path to law school and her gratitude for the scholarship’s financial support and the opportunity to meet other convention participants.

As a part of the AAJ Convention, six members of the AAJ Minority Caucus also spent almost two hours at Maryland Carey Law talking with law students on July 28, sharing insights about their careers in trial law. During a Q&A session, topics ranged from the lawyers’ own career paths to the importance of preparation in all aspects of a lawyer’s professional life.

Funeral and Memorial service for Bishop Martin Kathurima of…

Formerly known as the Association of Trial Lawyers of America (ATLA), AAJ’s mission is to promote a fair and effective justice system and to support the work of attorneys in their efforts to ensure that any person who is injured by the misconduct or negligence of others can obtain justice in America’s courtrooms, even when taking on the most powerful interests.