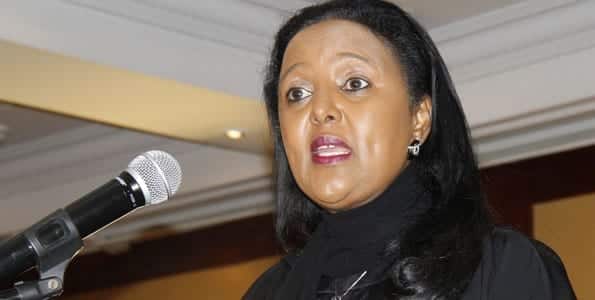 Members of Parliament spent a whopping Sh3 billion on local and foreign travel in the fiscal year ended June, setting a new record for a line of expenditure over which members of the county assemblies (MCAs) have come under intense public pressure in the past couple of months.
Controller of Budget Agnes Odhiambo says in her latest review of how the national government spent its money in the past financial year that the legislators used Sh2.4 billion for local travel and an additional Sh632.4 million for foreign travel.

The Sh3 billion bill means each of the 349 MPs and 67 Senators cost the taxpayer Sh7.3 million in travelling expenses alone and Parliament consumed up to 32.5 per cent of the government’s Sh9.3 billion transport budget for the year ended June 2014.

Much of the Sh2.4 billion local travel budget is made up of the MPs’ mileage claims for trips made to their constituencies and for which a number of legislators have in the past found themselves in trouble.

“The Parliamentary Service Commission had the highest expenditure in domestic travel at Sh2.4 billion. This expenditure is attributed to the MPs’ mileage reimbursements,” says the report.

Parliament does not make public details of the mileage claims, including how much each MP was paid during a specified reporting period.

This means an MP could earn up to Sh327,000 a month on travel allowances.

Top beneficiaries of the mileage claims provision are legislators from far-flung corners of the country such as Turkana, Marsabit, Moyale, Mandera and Lamu.

Mrs Odhiambo’s 2013/14 full year report shows that the Interior ministry was the second-largest spender on domestic travel having consumed Sh884.5 million, the Judiciary (Sh377 million), the Presidency (Sh371.4 million), and the Ministry of Devolution (Sh163.7 million).

The MPs’ love for foreign trips has been taken up by their counterparts in the county assemblies who have drawn public anger following reports that they spend more than Sh2 billion on overseas travel in six months.

Mrs Odhiambo has raised the red flag over the emerging profligacy among the members of county assembly (MCAs) who have been making numerous trips to Western and Asian nations ostensibly to benchmark development plans.

Up to 15 countries — including Brazil and Switzerland— have reportedly conveyed their decision to stop future delegations of MCAs from visiting their countries, arguing that the trips are of little benefit to Kenyan taxpayers.