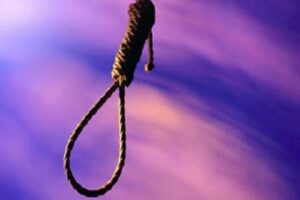 A Qatari court ruled Sunday that the parents of an American teacher murdered in the Gulf state should decide whether her alleged killer is executed.

The Pennsylvania-based family of Jennifer Brown can choose between the death penalty, compensation — “blood money” under Islam law — or a pardon for the Kenyan security guard charged with first degree murder, the judge ruled.

Although the death penalty can still be handed down as a punishment in Qatar, it has been 12 years since the last execution took place.

If the Browns choose to pardon the security guard, who has yet to be convicted, court officials said he was still likely to serve a prison term.

Jennifer Brown, 40, was murdered in her company-provided home in November 2012.

She had only arrived in energy-rich Qatar two months earlier to teach at the English Modern School in the city of Al-Wakrah.

The security guard has reportedly confessed, but the case has moved slowly through the Qatari legal system and been adjourned several times.

The teacher’s father, Robert Brown, has expressed frustration at delays in reaching a verdict.

A US embassy representative was present at Sunday’s hearing, which the judge adjourned until March 8 to hear from the Browns.

Corridors Of Power:Cord planning to launch its own weekly newspaper