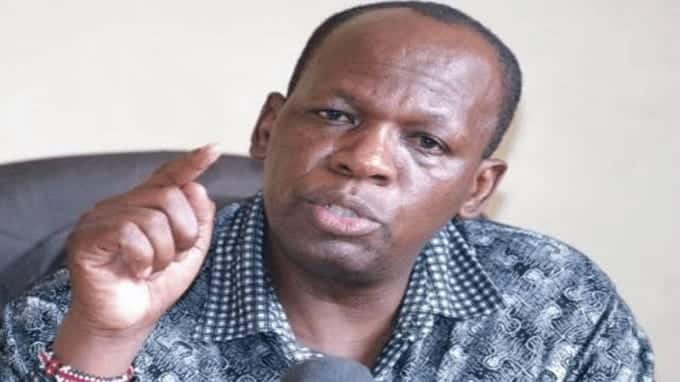 POLICE in Ruiru are investigating death threats and sexual harassment claims against Juja MP Francis Munyua Waititu by a woman claiming to be his secretary.

Susan Wambui reported to Ruiru police at 2.40pm on Tuesday that she had received death threats and that she had also been sexually assaulted by the MP, popularly known as Wakapee, who allegedly sent her messages on her Facebook page.

Yesterday, the first term MP vehemently denied the allegations by Wambui and termed them “wild and malicious”.

He said the woman has never worked in his CDF offices as a secretary in or any other position.

“I am shocked. The lady has never worked in my office,” he told the Star yesterday.

“This is just another dirty game by Kiambu politicians who want to tarnish my name for my development records. It is a very false story and I am waiting for police investigations so that I can prove my innocence,” said the MP in a phone interview.

He said he was ready to face his accusers in court.

Wambui, who also spoke to the Star on the phone, maintained that she was worked as the MP’s secretary at the CDF offices in Juja.

She termed laughable the assertion by Wakapee that she has never worked as his secretary.

“I have a letter from the Public Service Commission and bank statements showing that I received a salary. Why was I being paid?” Wambui remarked.

The woman claimed that the MP fired her via text message after she declined to have sex with him.

She also confirmed that she had reported the matter to Ruiru police station.

Wambui said she had told Ruiru police that the MP said he would have her head chopped off if she did not stop speaking about the sexual overtures. She claimed that her brother informed her that unidentified persons had been sent him to tell her that she will be killed if she does not stop pursuing the matter.

One message alleged to have been posted on her Facebook wall, and which has circulated on social media, read: “Ulikataa nikule hizo vitu na vile nazimezea mate. Now I am employing another person on your behalf. Hii dunia kila kitu ni nipe nikupe. Ken will give you the other details on how to clear from the office. Goodbye”.

Another message read: “I can see even you are supporting Kabogo’s brother on that nonsense he posted on Kalimoni Group. I thought of paying you through CDF because I removed you from PSC through anger, even CDF you will not get. Nowadays it is unipe nikupe, my friend. Don’t think Kang’ethe will take you anywhere. Try and see”.

A third message reads: “The worst mistake can be if you are used by Kabogo fanatics to spoil my name. All secrets from my office should be left there or else you will regret”.

Susan is quoted on social media as having responded: “I like that, sir, as you can see I have not replied to your messages since the first one. I would rather be jobless than leave my husband and be a mistress. You own Juja but you don’t own Kenya. The same God who made you an MP without sleeping with anyone is the same God who will bless me. Do me a favour and leave me alone”.

MAINA KANYORA,ALICE, TONY AND BOSCO IN UK LOST THEIR MOTHER IN KENYA