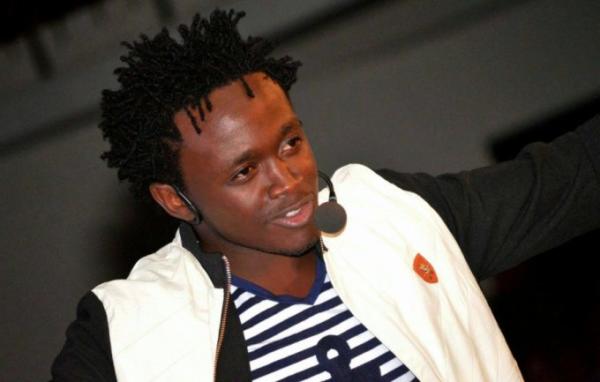 Sometimes watching these celebrities live their lives can make us forget their once humble beginnings from whence they came. Some of them even try as hard as they can to forget this because their new found pride in success cannot allow them to admit that they were once at the bottom of the pile.

But sometimes I ask myself why should you be ashamed of your background? Coming from poverty to success and fame only means that you deserve twice the respect because you worked two times harder than those that were born into it.

Hollywood celebrities know this and that is why they even going round touting just how far they came from. Back home there are a few of our celebs who aren’t ashamed of their past and will sing about it, but for others they even adopt fake mothers because their real mothers are well, not up to standard with their new found fame and success.

Here is a list of Kenyan celebrities that are testimony to the come up, those that have come from the raggiest of rags to fame;

Octo is the one Kenyan celeb that can proudly said he has left his mark not only in Kenya but abroad as well. From working with the UN to going on tour in European countries, Octo has truly arrived.

But of all his accomplishments, I would only hail him for one thing, he remembers where he came from and that’s the slums of Kibera.

Anyone would tell you that Kibera is among the humblest of humble when it comes to neighborhoods. And when you talk dirt poor, well you wouldn’t be blamed if you thought it originated from the slums of Kibera.

But Kibera’s finest, Octo, has done well to create a positive brand around his home mentioning it every time in his songs: “Namba Nane”.

However you can’t be as famous as Willy and not have any controversy following you around. From stealing songs to dumping his own mother, Willy Paul is a-kin to controversy.

As was he was exposed by Ghafla a few weeks ago, Willy Paul had indeed dumped his own mother in the shanty she raised him in Mathare and was masquerading another more successful woman as his mother. At one time he even pretended to ask for help to find his fake-mother who may as well have been fake-lost for all we know.

Still Willy’s rise to success sees him making it to this list.

Despite being so popular in the gospel music industry, Bahati has remained as the hood he came up in.

Bahati is yet another celeb from Mathare and grew up and came up with Willy Paul. The two despite their recent public disputes are like two sides of the same coin.

Kaligraph is the hulk of Kenya’s rap-industry and coming up from a hood like Kayole which is known for its dangerous living, you’d understand why Kali would want to buff-up as much as he has.

But like Octo, Kali is proud of his up-bringing and tries to create a positive brand out of a neighborhood like Kayole.

Kaligraph Jones has accomplished a lot but perhaps his biggest accomplishment to date is remaining the same, at least according to me.

As the queen of Kenya’s Instagram, many can say they know who Huddah is, the girl that travels all over and lives a lavish lifestyle.

But nothing is really known about her past and where she came from. However recently she posted a photo of herself next to a garbage dump in the slums of Kibera claiming that she grew up in a neighborhood just like it (Well we’ll take her word for it).

And just like all these celebrities you can make it. Orange brings you the Star Africa Sounds 2015 Music Contest for a chance to live your dream as a musician.