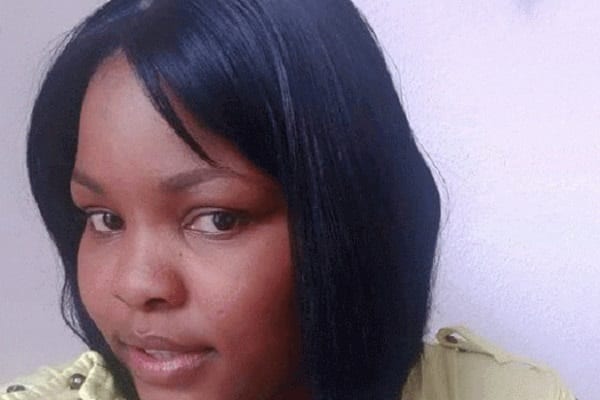 A close friend and associate to a Kenyan woman who was reportedly murdered by her compatriot in Germany last week insists the alleged offender was a “humble, generous, family loving and caring person.”

The deceased Belinda Atieno, was reportedly murdered by her Kenyan boyfriend on the Thursday (the 30th of June 2015) morning at their apartment in Erfurt District.

This development has caused an uproar among the Kenyan community living in the European country, with specific claims suggesting “there is a rise in deaths to ladies/women in Europe by African men”.

The couple’s close friend who exclusively spoke to Nairobi News and asked to be referred to as “Paul G”, shared eye witnesses story about the final moments of the late Belinda Atieno which were corroborated by a German online website thueringer-allgemeine.

“The woman and man are from Kenya and lived together for a long time in the apartment, but they were not married. Whether the man is also the father of (the) two boys or atleast one of the children could not be clarified. The children are (now) in the custody of the Youth Welfare Office,” the site reported.

The deceased Belinda Atieno (left) with a friend.

Paul G added: “On Thursday (30/07/15), I got a call from a close friend who’s also close to the (deceased) family. The news she broke to me was just unbelievable.

“It is a shock to all. No one can tell what really got into him to make him do such a thing. He is now in custody awaiting trial. The (kids) are doing fine and undergoing therapy at the child welfare protection. We have not gotten any permission to see them so far.”

According to Paul G, the couple’s friends and family are helping out with contributions to cover the mortician’s services and transporting Belinda’s body back to Kenya estimated at 5, 491.85 Euros (Sh 659, 022) after the Kenyan Embassy in Germany said it could not be of financial help.

The deceased was a nurse, while the alleged murderer worked in a bakery.

Those seeking to send condolences and get bank details for contributions can go to https://www.facebook.com/pages/Belindas-Farewell/1680320985532391

Another wedding for Emmy Kosgei in Lagos-Kenyans to Attend

Word of the Day:There is safety in Godly counsel.

A Kenyan yourth selected as intern for Democratic Convention Committee