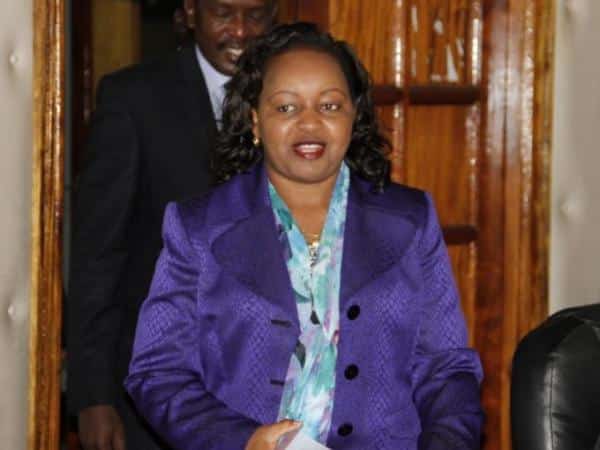 PRESIDENT Uhuru Kenyatta is considering elevating an important budget office to a division of State House and appointing former Devolution CS Anne Waiguru to head it.

The proposal has met fierce opposition by senior government officials.

According to sources privy to the strategy, it has caused a falling out among top government officials, with one group working round the clock to ensure the former powerful Devolution and Planning Cabinet Secretary does not come back.

The Office of Management and Budget (OMB) has been a unit in the Ministry of Devolution.

Sources say the President has also considered giving Waiguru the Secretary to the Cabinet position, which remains vacant after Francis Kimemia’s exit.

Uhuru’s earlier choice for the job, Monica Juma, was rejected by Parliament and is now the Principal Secretary in the Foreign Affairs ministry.

The Star has learnt the growing opposition by senior government officials to Waiguru’s possible return to the fold includes State House officials.

Some of those opposed to her return have argued that giving her such a position would make her one of the most powerful people in government.

“Those opposed to Waiguru’s return argue that this would help propel the idea that State House has been shielding her. They also argue that the President would have a hard time seeking parliamentary approval if it is needed for her new position,” the source said.

Other sources told the Star that some of those opposed to her return fear she will take away their power and block their commercial vested interests in key government tenders.

One group of those opposed to her return reportedly met at the Ole Sereni Hotel last Wednesday to plot how to ensure she does not come back.

Those present included a top official at the Attorney General’s office, the son of a top State House official and an MP from the Central region.

Another meeting has since been held in Muthaiga at the MP’s residence.

“The discussion was on engaging an American lawyer to manufacture claims that she has offshore accounts holding Sh4 billion,” said a source privy to the meetings.

When she quit her job in December, Waiguru said that she would take up “light duties” if Uhuru deemed it fit to give her another job.

She repeated this in a recent interview with Citizen TV, where she accused various forces of a witch-hunt, adding that she was no longer naive.

“I am not as naive as I was before, I trusted everybody I came across . . . now I take most things with a pinch of salt,” Waiguru said in the interview.

The Office of Management and Budget, a concept popular in the US, is supposed to be operational from February 2016, according to sources in government.

The OMB is the largest office in the Executive Office of the US President based in the White House and is replicated across America in the governors’ offices.

Celebrated TV Anchors Who Are Born-Again (Saved) & Not Ashamed