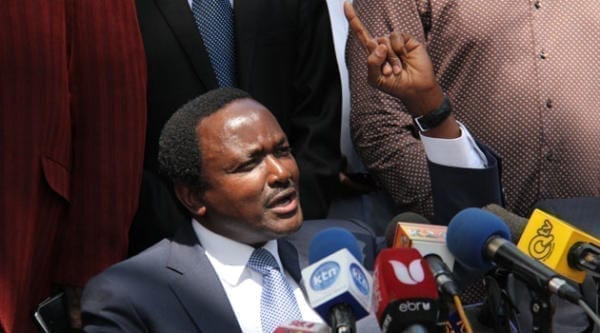 By JOSEPH MURAYA, NAIROBI, Kenya, May 2 – Wiper Democratic Movement Leader Kalonzo Musyoka says he will be among leaders to welcome President Uhuru Kenyatta to Ukambani when he takes a developmental assessment tour of the region in the course of this month.

President Kenyatta, who recently hosted Ukambani professionals at State House Nairobi, is set to visit the region to commission and launch various projects on May 19 to 21.

“I will be here to welcome the President. We are not against development,” the former Vice President said. “Uhuru’s visit will serve to actualise the people’s constitutional right to development.”

The Kibwezi-Mutomo-Kitui Road is among projects the President is expected to commission and it is a project the Wiper leader says is long overdue.

“I commissioned this very important road when I was Vice President back in 2012. We took the contractor to the ground and Treasury assured us that works would start in two months. It didn’t,” he stated in defence of his record.

He said the region must also get their share of development saying the President must serve all Kenyans.

The Wiper Democratic Movement Leader has also asked the President to join the opposition in their quest to replace the sitting Independent Electoral and Boundaries Commissioners.

He said although the Constitution is clear that the President has no powers to remove the commissioners, he can join dissatisfied Kenyans who want a new commission in place to prepare for a free and fair election in 2017.

“No one asked Uhuru to sack the commissioners because that is not his responsibility but he can add his voice if he cares for this country,” Kalonzo argued.

The Wiper leader was speaking in Kaningo Secondary School in Mwingi North constituency during a funds drive in aid of the school on Sunday.