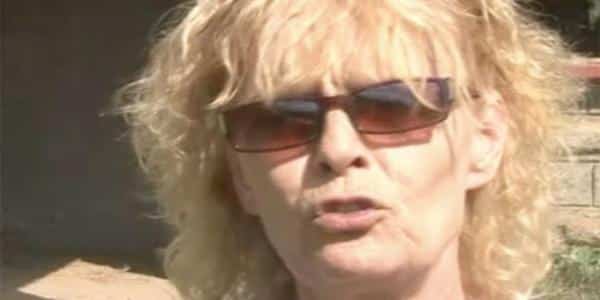 A 60-year old French national has narrated the ordeal she has been going through after losing Sh25 Million to conmen in Kenya.

Roselyne Toth, who now roams on the streets begging for food, came to Kenya in 2010 with the aim of investing in a hotel after selling all her property in France.

After arriving in Maralal town, Samburu County, Toth met her boyfriend who persuaded her that the town was the best place for such a venture.

The boyfriend introduced Toth to a contractor and they struck a Sh6.2 Million building contract.

The contractor demanded more money which accumulated to Sh6.9 Million before he started the work in 2013 just before the General Election.

Ms Toth claims that hell broke loose when she refused to give the contractor an addition amount of Sh300,000 which he was demanding.

“He came here one morning with his workers and collected all the tiles, stones, doors, windows and cement. I later learnt that he sold the materials in his hardware in Maralal Town,” Toth was quoted by Citizen Digital.

In an attempt to recover her money, she sought the services of one Mr Letambul whom she paid Sh7 Million for legal services to pursue the contractor.

To her disbelief, Toth later discovered that Mr Letambul was a con man and that he had disappeared with all her money.

She also revealed that she hired another lawyer from Nyandarua County whom she paid Sh 1 Million to file a case against the contractor. They filed the case in Nakuru but he later disappeared after getting a job in Nyandarua County.

Toth is now pleading with the Government to help her recover the money she lost and achieve her dream of owning a hotel in Kenya.