Social media was Thursday awash with colourful images of cars and buses branded with the CORD coalition’s colours. The photos were unveiled ahead of the much-hyped ODM mega event set to take place in Mombasa on Friday and Saturday.

Interestingly though was a fleet of sleek Subaru’s and a classy bus that amazed many. The ODM Director of Elections and Campaigns Junet Mohammed even shared one of the images and captioned it: Tuonane Sato panapo majaliwa “10 At 10! 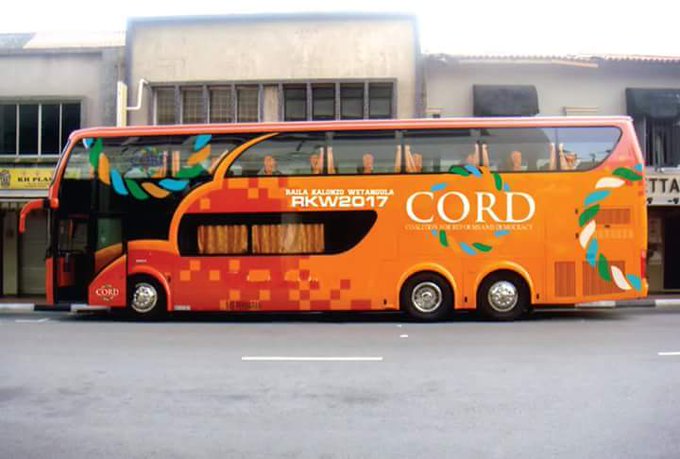 Amid the buzz created online, it would later emerge that the photos were a product of photoshop. The images had been acquired from an image hosting website.

The ODM on Wednesday announced that it will host a major event in Mombasa to celebrate the party’s 10th anniversary in what is seen by many as a move to match the grand Jubilee Party launch set for Saturday.

The party announced that they would have 47 branded buses that will be flagged off to transport delegates from all Counties to Mombasa. 823 vehicles donated by supporters will also be dispatched to comb through the country mobilising support for ODM.

My My!This racism against a Kenyan is extreme!-Ticket with N word in Iowa

Video:Unbelievable-Kenyans voted the ugliest in Africa

Why settle for half a loaf when I can win the whole pie? Raila

Why I am Uncomfortable in ODM – Ababu Namwamba