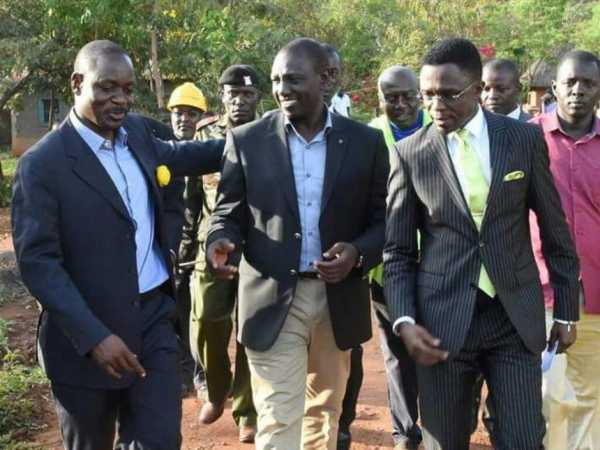 The Labour Party of Kenya leader and Budalang’i MP, said the factory was a gift from Mzee Jomo Kenyatta to the people of Webuye.

It must therefore be “up and roaring”, Ababu said at Muliro Gardens in Kakamega during a rally by his party on Saturday.

He added that the mills’ revival will improve the deteriorating insecurity in Webuye town.

Uhuru promised that phase one of the factory will be opened on December 15 and that 500 people will be employed in the first round.

The MP further asked Uhuru to waive debts facing tea, maize and sugar cane farmers in Western, like he did for coffee farmers during his Central Kenya tour, to show equality.

On politics, Ababu reiterated that he neither belonged to Uhuru and DP William Ruto’s Jubilee Party nor opposition leader Raila Odinga’s Cord coalition.

I will not leave ODM, Funyula MP Paul Otuoma declares after…

But he said he would work with like-minded people in the run up to next year’s general election.

The Deputy President said on Saturday that ODM should keep off the MP’s affairs and allow him to chart his own political path.

Wetang’ula and Cord co-principals Raila and Kalonzo Musyoka (Wiper) have said they will vie for the top seat.

Mudavadi has been looking into the formation of a super alliance with the opposition leaders, through which to get Uhuru out of power.

Ababu condemned the rampant corruption and asked the President to use his executive powers to purge all those involved.

The MP also praised Bungoma senator aspirant and party secretary general David Makali as the best candidate and urged the electorate to choose him.

Makali said: “If you elect me as your Senator I will champion prudent use of the county’s resources and defend public interest.”

He asked the government to resettle squatters in the Tongaren scheme.

The political analyst called for the election of leaders with integrity and asked rivals to join him in the pursuit for free and fair elections.

He urged youths and other members of the public to register as voters and turn up in large numbers on election day.

Organizing secretary Peter Musei said corruption will be curbed if the party’s aspirants are elected as they are visionary.

The Muliro Gardens rally was the culmination of a series of many others in Tongaren and Webuye constituencies.