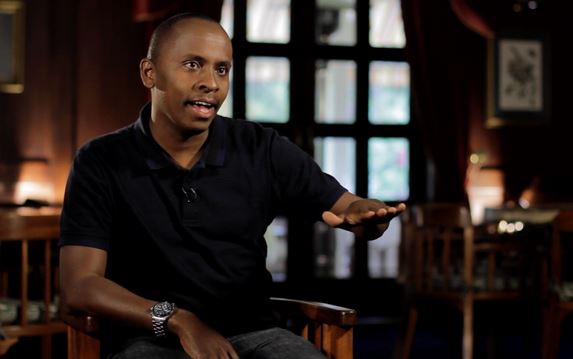 Stori Yangu Episode 01: John Kiarie aka KJ:Renowned Kenyan comedian turned politician John Kiarie, popularly known as KJ recently revealed a heartrending details about his personal life growing up in which both his mother and brother took their own lives.

KJ, who rose to fame in the 90s with the comedy group Redykyulass, was born in 1978 as the fourth born in a family of eight.

Months after his mother gave birth to him, she committed suicide -an incident KJ said affected his health during childhood.

“My mother died in mysterious circumstances because she committed suicide just months after she gave birth to me.  This led to my bad health my family thought I was going to die,” Kiarie said on TV show Story Yangu on Maisha Magic East.

A second family tragedy struck when he was in Form One when his elder brother also took his own life.

“One night my big brother told me that he had something to tell me and he started talking about the future like he will not be there. We ended up talking for hours and we woke up the following morning he was not there,” a tearful Kiarie narrated.

According to Kiarie, postmortem revealed that his brother, who had introduced him to drawing and acting, had committed suicide by taking 28 tablets of malariaquin.

In the emotional interview, Kiarie also opened up about how he became a cartoonist while in Form three, his academic challenges, and growing up in poverty.

Kiarie will be vying for the Dagoretti South parliamentary seat in the August election on a Jubilee Party ticket.

Uhuru heads to Canada for G7 Summit, will he meet Miguna for handshake?

Kenyan woman hospitalized In Texas Due To Sudden Paralysis

How Kenyan tycoons are reaping from slum poor

Another Funny Video By A Kenyan In The Middle East