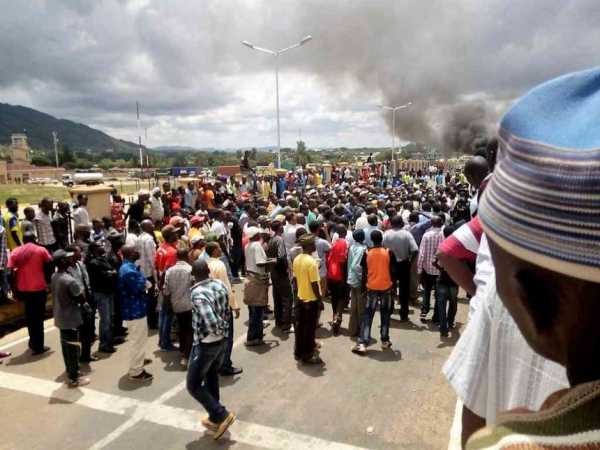 Kenyans in Namanga demonstrated against Tanzanian leader John Magufuli on Monday saying he had deported their counterparts.

They paralysed transport by blocking the Kenya-Tanzania border road at Namanga and stormed businesses owned by Tanzanians.

They rounded the foreigners up and frog-marched them across the border to their country. Many from Magufuli’s country claimed they lost their stock and money.

Tanzanian barmaids working in Kenyan clubs were roughed up and their mobile phones taken away.

Businesses on the Kenyan side remained closed until after midday.

The Star reported in January that Tanzanian authorities were targeting Kenyans living in their country illegally.

Several Kenyans, including those who were born in Tanzania before independence, have been told to leave if they cannot provide documents validating their stay.

Others were born by Kenyan parents living in Tanzania in the early 1960s and have no other links.

Samuel Ngeselai was forced to flee Longido district in Tanzania and move to Kenya, leaving his children and wife of 30 years across the border. He is now stateless.

Ngeselai said his grandfather, a Mau Mau activist who escaped to Tanzania early in the 1950, died there.

His mother is bedridden and still living in Tanzania. 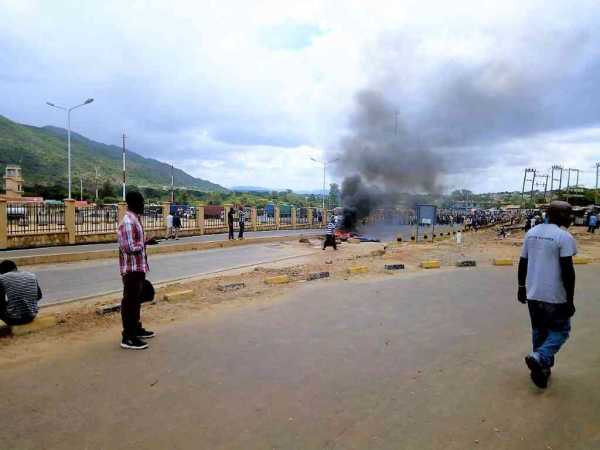 The Kenya-Tanzania border at Namanga where Kenyans held demonstrations against the order to deport foreigners, March 21, 2017. /KURGAT MARINDANY

Kajiado county commissioner Harsama Kello said the demonstrations began at the border after Tanzanian authorities arrested three Kenyans last Friday and arraigned for being in the country illegally.

“Countries carry out routine checks. Our people should respect the law and ensure they have valid immigration documents while in foreign countries,” Kello said.

The commissioner said a contingent of security personnel was sent to the border to end the protests. He said two weeks ago that the situation was under control.

As Kello addressed journalists, a group of Kenyans was seen destroying Kenya Power transformers to cut off the link with Tanzania. Police watched as they vandalised the transformers.

He added that top officials from the immigration department and local police officers were in a closed-door meeting in Namanga on restoring normalcy.

The Tanzanian High Commission in Nairobi denied that Operation Timua Wageni is a move to free up jobs for locals.

The High Commission told the Star that the exercise that began in January is routine enforcement of the Tanzanian Immigration Act of 1995 and does not target any nationality.

“What I can tell you is that this is not something new. It has always been there,” said an official who did not want to be identified because of lacking authority to speak to the press.

The Tanzanian government launched a crackdown on foreign nationals who do not have both work and residence permits.

Only 680 foreigners have work permits, according to the country’s immigration department, while only 66 have applied for residence permits.

Paul Kobia tries to attack magistrate, says he was dragged to court despite ill health