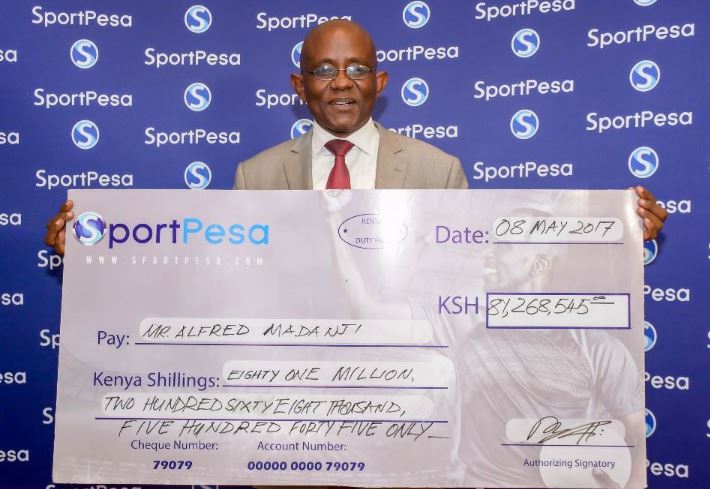 Alfred Madanji from Kakamega County is a fifty-year-old real estate agent who lives in a three-bed room house in Kayole.

Mr Madanji correctly predicted the outcome of 13 out of 13 games in the mid-week Sportpesa jackpot games.

In doing so, he broke a four-month mid-week jackpot drought after placing two bets worth Sh 100 each predicting different outcomes.

“I made different predictions with the two bets to increase my chances of winning and it made all the difference,’ said Madanji.

He said that he could not believe it when he received a text message informing him that he had won the money.

“When we saw the text message my wife could not even walk, she started crawling on the floor screaming that we had won,” he said. 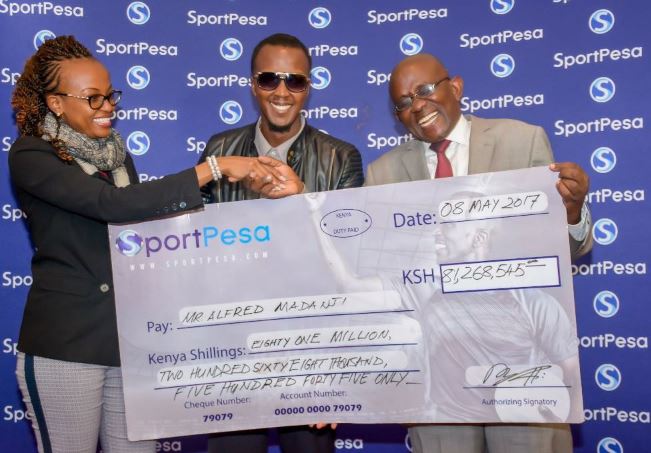 In an effort to make sure that it was all real, Madanji rushed to the ATM to take out Sh 50,000 just to see if the money was indeed in his account.

“I wanted to make sure that the money was really there so I just withdrew the amount to make sure it was real,” he said.

The father of four said he will dedicate a portion of his newfound fortune to a church in his home and also buy a family home.

“I will help with the renovation of the Ikokwa church back home and also buy a family home so that we could move away from Kayole,” he said.

He said that he will continue to bet in a bid to take home the Sh 100 Million in the Mega Jackpot.

Just like Samuel Abisai who won Sh 221 Million, Madanji will pocket the full Sh 81 268 545 as the proposed 50 per cent tax on gaming companies does not apply to winnings and even so, it is yet to be implemented. 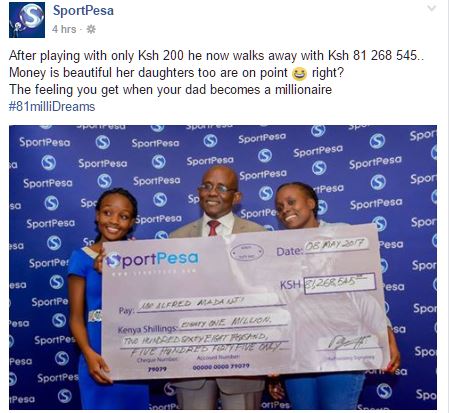