VIDEO: Watch Kenyan Marathoner Narrate How He Outran Two Bears in the U.S

Moninda Marube, a 38-year-old student at the University of Maine, was out for an 18-mile run around 5 a.m. when he spotted two black bears in his path.

“I saw them crossing [the road]. When they spotted me, they stopped and I stopped,” he told Sun Journal.

“I had to think very fast.”

“I had to make a quick decision: either to climb up a tree or run into the lake,” Marube continued.

Because he cannot swim, Marube opted to run for his dear life and sought shelter in a vacant camp building.

Marube, who finished third in the 2012 Maine Marathon and won the 2013 half-marathon, said he’d once encountered a leopard perched in a tree while alone in Kenya.

Watch him narrate the incident in the video below: 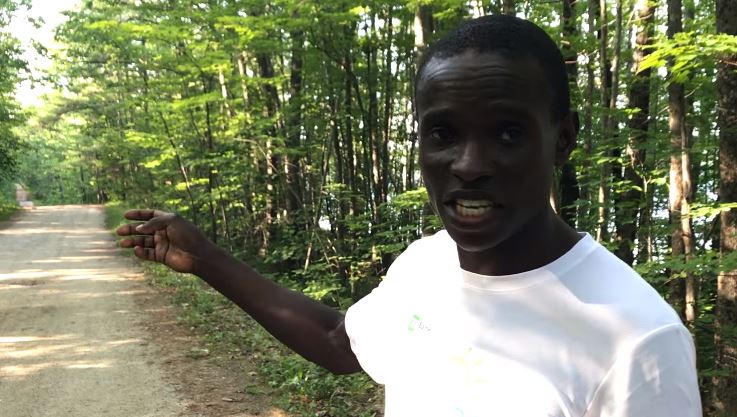 Video:Chinese man Deng Hailan of canning saga did not have Work Permit