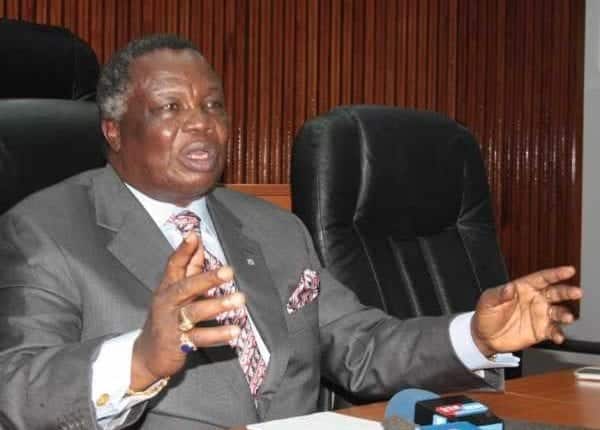 Raila was inaugurated as the people’s president at a well-attended event on Tuesday but his co-principals were not there.

This sparked fallout claims but the two and Moses Wetang’ula issued a statement saying they remained “strong and united” and would not relent in their push for electoral reforms.

He said the three betrayed Raila by giving his swearing-in a wide berth, a sentiment shared by Gem MP Elisha Odhiambo.

Atwoli further termed the three opportunists who can’t take any risks and who developed cold feet in the last hour, therefore pulled out of the much-awaited event.

On Tuesday evening, the three claimed they were barred by police but police have denied this claim.

“I said it in Kisumu in 2007 when Kalonzo ditched Raila. He said ‘nitapitia katikati yao (I will pass through them)”. That was a betrayal of social justice because you [Kalonzo] are a coward and you will never be a leader.”

He added: “Mudavadi is like a pig that returns to garbage immediately after you clean it. These are not leaders but opportunists and Uhuru should not be shaken by these guys [Kalonzo and Mudavadi]. That’s the truth of the matter.

“I don’t see why Uhuru should not engage Raila and reach a compromise in order to accommodate millions of his (Raila) supporters and move in one direction.”

Atwoli further said yesterday’s event was a good test for Kenyans “to see some of the political opportunists who would vanish in case of risks.

“Most of the people walking around engaging in politics are opportunists because when the time comes and you tell them ‘there is the live wire, let’s see who can touch it’, they will disappear.