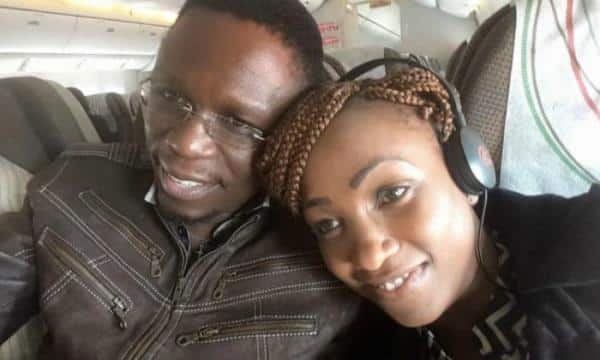 A beauty queen, a campus student and a niece are at the center of marital woes facing former Budalang’i MP Ababu Namwamba.

Ababu, now Chief Administrative Secretary (CAF) in the Ministry of Foreign Affairs, has previously been accused of having affairs with blood relations. The latest incident has ensnared the niece of his wife, Prisca Mwaro.

Ababu’s marriage is said to be nosing south after Prisca allegedly left their matrimonial home over allegations that he was cohabiting with his niece, Cecilia Moraa, besides having affairs with two college students – one of whom has been identified Luciana Mimo Andafu, a student at Moi University who hails from Vihiga County but lives in Budalang’I. “She rarely goes out of the compound, but just enjoys the cool breeze from Lake Victoria,” said a neighbour.

The other woman is 2018 Miss Tourism Busia winner, Ann Paula Machio, who is 21 years old.

She apparently met Ababu in May during the beauty pageant in Busia, where she won Sh75,000. The fourth-year student at Technical University of Mombasa hails from Butula Constituency, but is now holing up at Eden Valley Estate.

Although Moraa has since left, it is this chain of women which reportedly led to the domestic tiff between Ababu and Prisca who was informed by neighbours of the goings on.

Prisca’s brother, Patrick Mwaro, told The Nairobian that “Ababu called me while at a funeral and asked me to tell Prisca to return Moraa’s bag” which she picked after gaining access to their house through a back door.

Patrick said Prisca is currently living alone and all has not been well since last December when she came to this house barefoot, panting and holding her naked child at night. Prisca told her brother that every time she picked up a call, what followed were altercations, but they would later fix a date to iron out the creases in their marriage.