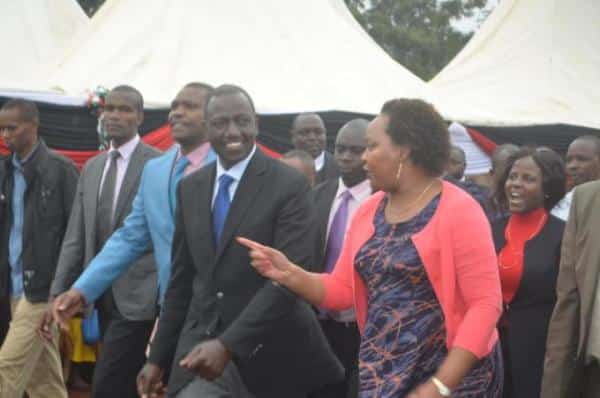 Kirinyaga Governor Anne Waiguru has instructed her lawyer to sue the IPSOS Synovate -a research organisation, for ranking her the second most corrupt individual in government.

Waiguru termed the research results as the work of her detractors out to malign her name by placing her as the second most corrupt senior ranking government official.

“My political detractors are working in cohort with Synovate to malign my name under the guise of a survey which is not only imaginary but cooked up to suit the interests of those behind it,” she said.

A fuming Waiguru has also asked the Director of Criminal Investigations and the EACC to urgently make public the contents of an affidavit which was sworn by the first NYS scandal star Josephine Kabura.

She claimed Kabura’s affidavit was crafted by certain individuals who did not wish her well and the earlier its contents were made public the better for her.

“I have during the last two years written to the EACC requesting them to make the document; public but to date I have never received any response,” she said.

The angry governor was speaking at Kagio town where she presided over an NHIF registration exercise for the area residents on Wednesday.

She told researcher IPSOS to prepare for a court battle just like when she sued former Prime Minister Raila Odinga for calling her corrupt.

Her deputy Peter Ndambiri and the County Assembly Majority Leader Kamau Murango wondered where the survey was carried out and challenged Synovate to come out clean by identifying any single person from the County who was polled.