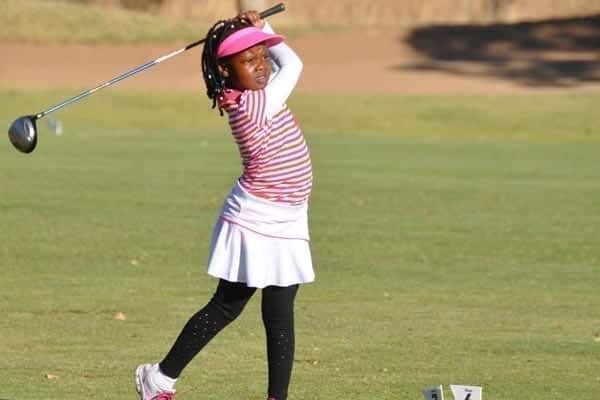 One of Kenya’s most promising young golfers, Channelle Wangari, is getting better by the day as she seeks her rightful place on the international scene.

Wangari is the world number nine after battling 117 girls in the US Kids Golf World Championship in North Carolina from August 2 to 4.

A member of Vet Lab Sports Club here at home, the 11-year-old Wangari was a star player at the most prestigious kids golf title at the famous Pinehurst Club at Little Rock. This was Wangari’s fourth attempt for the title, having first entered the championship in 2015 then only eight years old.

She finished 40th in her category, but made the top eight the following (2016).

Last year, like in her first attempt, was not very impressive outing for her, as she managed to finish in 28th position.

The number of club, national and international events she has been playing this year, appears to have assisted her a great deal, as during this year’s championship at Pinehurst, Wangari, currently playing off handicap 11, made a tremendous progress, firing a total of 146 gross in the event reduced to two rounds because of thunderstorms and lightning.

She had started well by firing one under par in the first round which saw her tied for fourth place and only two shots off the leader.

However, going into second round, wet weather saw event organizers stop it twice.

“Playing in the last round which would have been the third was not easy as the greens were in total different condition. I did not putt well otherwise I would have made a better score,” said Wangari.

Paired with two former World champions in the last group, Wangari shot three over par 75 with two bogeys coming in on the back nine which only served to hurt her chances of being at the prize giving podium at the end of it all.

“This event real helped me to play well in my future events either here or elsewhere as my driver was good save my putting. I know what I was doing wrong and will be able to correct it, but I must say this year’s championship was a great experience,” added Wangari.

Her three over total of 146 saw her finish in ninth position out of the field of 117 players.