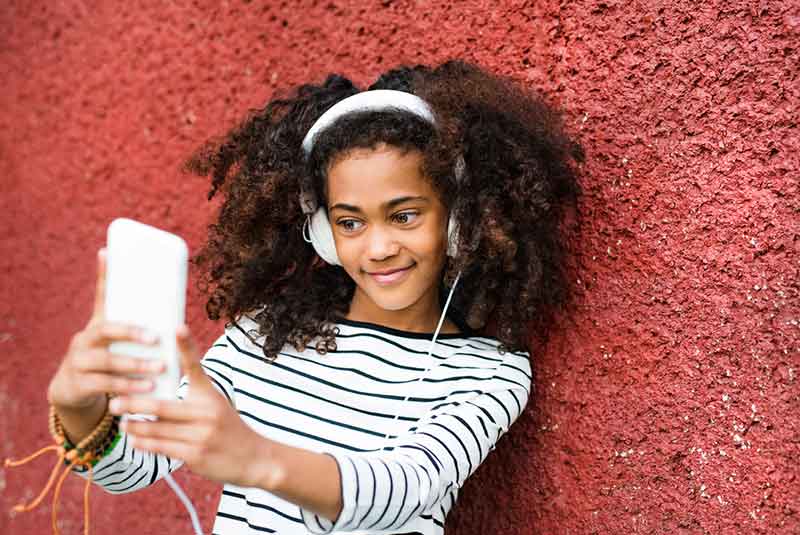 We are always reminded that modesty is nothing but inverted pride. We all tend to think how beautiful we are; how cute and smart our children are; how talented and blessed our lives are. But we don’t like saying it ourselves lest we look boastful. But we shine with glee when someone else says it for us.

In this age of technology, we don’t need someone to say it for us. The social media sites are there to assuage that ego we so much like to hide behind a bogus veil of modesty.

Thus we like to post lively photos of ourselves to tell the whole world how great our lives are. That photo of yourself in a bikini must make it to Facebook. The other which a friend took while lunching at some high-end outlet makes it to Instagram. Others are all over the internet.

While it is not illegal to amuse the world with our perfect selves, how safe is it to do so? How safe is it to have your child’s photos glaring all over social media? How safe is your little daughter from the horde of pedophiles roaming on the streets of Instagram or twitter?

Peter Kubai, a women reproductive health expert working with an NGO in Nairobi, and his wife Faith Gakii, were so elated when they received their first born daughter seven years ago. They could not help splashing the news to everyone.

They argued over what pretty name they could get that would suit their equally pretty princess and after much debate, they settled for the quaint name Collete-Sasha Kubai.

The next thing they decided to do was open a Facebook account for Sasha. They took beautiful pictures of their little princess; her first smile, her little feet in little shoes, he tottering first steps, her little eyes closed in a docile slumber and posted all of that in Sasha’s account that was open to view by the public.

They added catchy phrases to go with the photos. Since then, they documented Sasha’s life unsparingly. Her baptism, her first day at kindergarten, her dad helping her with her homework, and the like.

Sasha is now heading to class two but a few months ago, her parents got a shock that made them delete her Facebook account. Strange messages started filling her inbox with usernames that they could not trace. Some that were vile and could have exposed her to pornography.

“Since I operated her account and I had all the leeway to whatever messages she would get, I was amazed when I started noticing some weird characters trailing her as well as messages of a pornographic nature making their way into her inbox. I was so angry and scared that I deleted the account immediately,” a shaken Mr. Kubai says.

A recent report by the respected American publication the New York Times, stated that university researchers asked children and parents to describe the rules they thought should be followed related to technology.

In most cases, parents and children agreed — don’t text and drive; don’t be online when someone wants to talk to you. But there was one salient rule that the children wanted that their parents mentioned far less often: Don’t post anything about me on social media without asking me.

As in, no pictures of them asleep in the back of the car. No posts about their frustration with their homework. That victory picture after the soccer game? Maybe. The frustrated rant about the fight you just had over laundry? No way.

But parents still disregarded these rule and went ahead to post the photos that were embarrassing to the children, which led to cyber-bullying and stalking.

Doreen Achieng’, a lawyer, contends that if a child is put in danger as a result of his or her parents placing their photos on social media, a judge can find the parent culpable in a civil offense and not a criminal one. That is the offense is more moral than it is criminal.

Section 18 (a) of the children’s act states that every child shall have a right to privacy subject to parental guidance. But also at the same time, section 21 states that the duty to protect the child from the neglect, discrimination and abuse lies with the parent

Ms. Achieng explains: “what the law is saying is that every child as a right to be safeguarded by their parent. But if this guidance is not satisfactory, for example if someone posts photos of their child on a social media site and then proceeds to record on their profiles directions to where they live, and this happens to lead to kidnap or abuse of the child, the parent cannot be held criminally liable, but the child can be taken from the parent’s custody into safer and more responsible custody through a civil engagement.”

However Achieng explains that in a country like France, parents who put their children’s lives in danger by carelessly posting their photos on social media can be held criminally liable.

“French parents are being warned to stop posting pictures of children on social networks in case their offspring later sue them for breaching their right to privacy or jeopardizing their security. Under France’s stringent privacy laws, parents could face penalties as severe as a year in prison and a fine of Sh. 6,500 000 if convicted of publicizing intimate details of the private lives of others — including their children – without their consent,” Achieng.

Gilbert Ngaira, a programmes controller at the Kenya Alliance for Advancement of Children’s Rights (KAAC) says that since in Kenya there is no legal requirement for parents not to post photos of their children, what they do as an organization is try to educate parents on the dangers posed.

“Legally this is a very grey area that we have no control of,” Mr. Ngaira says. “We do realize the dangers posed especially as far as kidnappings are concerned but parents have the right to make decisions for their children until they reach the age of 18. So what we do, we hold trainings where we sensitize parents of the dangers posed,” he adds.

The general argument is that there is no legal requirement for parents to post whatever photos they think are appropriate for their children on social media. The main question is moral. Parents need to know the moral value of posting such photos and link it to the need to protect their children from the dangers lurking behind the wars of social media.

VIDEO:Uhuru warns corrupt officials”It will be painful when you are…