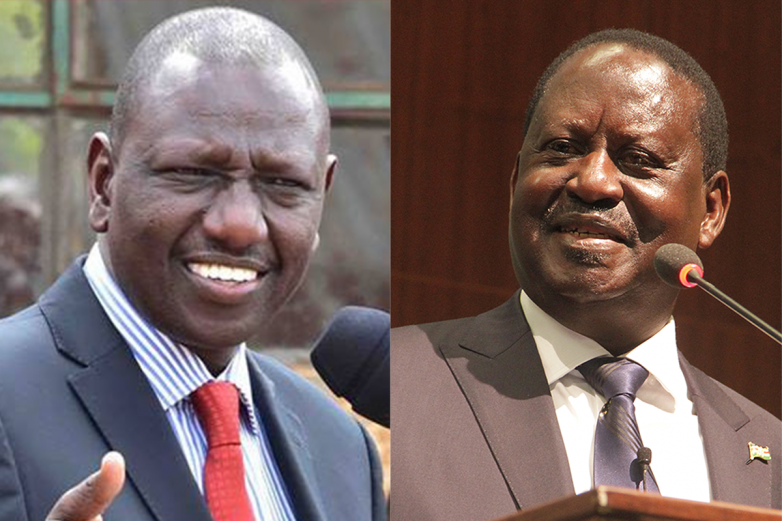 During the time of Kenya’s first president Jomo Kenyatta, the political game was well orchestrated and controlled by the STATE. The powerful first president used to throw his political weight on his candidates of choice guaranteeing that they became members of parliament. He once said of James Gichuru, former defense minister during the first administration, “My vote is enough to get Gichuru elected.” The Nyayo Era followed the same political playbook and guaranteed that general elections guaranteed the reign of President Moi. Moi ruled until he chose to retire amid pressure from the international community. During his rule, election violence was controlled.

After his retirement, the opposition, of which Mwai Kibaki had been a patron, became a free for all as Raila Amolo O’dinga excised his powerful hand in support of Kibaki who easily defeated Uhuru Kenyatta. Election in Kenya became more violent and the trend seems to move towards even more violence in the future. The idea of a western type democracy in a country of restless ‘natives’ is absurd. And to imagine that Kenya will ever have a peaceful election is a mirage.

No more so than the coming election of 2022. The ‘cloud’ that is forming in the minds of Kenyans need to be examined with care. Though at the present the cloud is producing only ‘showers’, it is forming above a state of very hot environment. This environment is getting hotter and as time goes on, the showers will turn to rain and the rain will turn to storm and the storm will bring massive ‘flooding’ sweeping every pseudo idea of a democratic and peaceful election come 2022.

Kenyans are aware of this and like always, they try hard to forget the signs of the times. It is a cultural thing for Kenyans to have storms that cause havoc, only to forget about them when the rains stop. Then draught begets them and again after the rain starts, they forget about the scorching sun that causes draught. They just role with it year after year complaining while the tragedy is unfolding and doing nothing to prepare themselves for the future.

Western culture and philosophy operates on a progressive addition of 1 towards a zillion. The Kenyan culture and philosophy operates on a cyclical ancestral spirits. Each generation is replaced through birth by the naming of children. Therefore Kenyans never move forward they recycle their existence in a constant ZERO. That is why nothing is planned beyond today. For example, there is no plan for dealing with the population explosion that will see Nairobi not having enough water or roads.

In this historical culture, the political storm is again building up. This time, it will be against Raila Amolo O’dinga and William Samoei Ruto. This storm will be more dangerous than the storm of 2007-2008.  Though there was ‘rain’ in the past election between Uhuru Kenyatta and Raila O’dinga, the two men do not hold personal animosity. They disagreed politically but they did not disagree personally. This reduced the amount of damage to the political process. However, William Ruto and Raila O’dinga differ both personally and politically. The two men do not like or trust each other at all. This is not political difference, but pure personal animosity! The two men hate each other so much that they will not spare anything to destroy each other in the coming election. In the process, their followers and associates will be forced to become personal as the two men fight for the only chance each will have to become president of the Republic of Kenya.

RAILA V. KENYATTA A LEGAL VIEW FROM THE DIASPORA

The Kenyan ‘elite’, and even the common man know that this dangerous storm is brewing. However, like in real storms that cause havoc in neighborhoods, Kenyans are mute. They discuss these issues privately among each other and wait to complain when the storms wash away their peace and lively hoods, and in many cases cause the death of innocent people.

If Raila Amolo O’dinga and William Samoei Ruto face each other in 2022, there will be a ‘storm of the century’ that will create a ‘flooding’ of biblical proportions. Kenyans need to fast and pray! Only then will the republic survive.