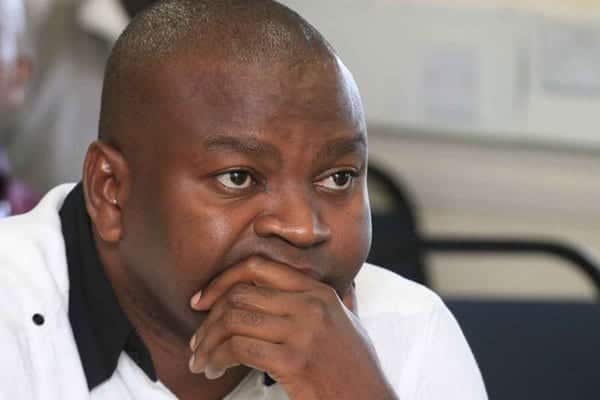 The row pitting Sports Cabinet Secretary Rashid Echesa against opposition chief Raila Odinga escalated on Monday after an MP allied to the ODM leader brawled with the CS at Kisumu International Airport.

Alego Usonga MP Samuel Atandi is said to have started the argument with Mr Echesa over the CS’s comments linking Mr Odinga to an alleged plot to kick him out of the Cabinet.

At the weekend, Mr Echesa claimed that his former party leader was not happy with his appointment and had branded him a close ally of the Deputy President William Ruto.

During the rant at the VIP Lounge, sources told the Nation, the CS dared Mr Odinga to engineer his removal, claiming only President Uhuru Kenyatta could sack him.

Sources at the airport revealed to the Nation that the two engaged in a near-fist fight after Mr Atandi told the CS to ‘go to school’ during the heated argument.

The duo’s aides and airport security intervened to separate them and the MP was temporarily held before being released.

When contacted, the MP denied being held at the airport but admitted he had a verbal altercation with the minister that “did not escalate into a fight.”

Blow for Uhuru And Raila As Court Allows Fresh Evidence in…

However, his close associates told the Nation the quarrel started when the MP confronted the CS demanding he show respect to Mr Odinga, who is a statesman.

Earlier, nominated MP Godfrey Osotsi threatened to table impeachment motion against Mr Echesa for incompetence if he was not going to apologise for ‘insults’ he hurled at Mr Odinga.

Mr Echesa was once Mr Odinga’s muscle man during the Pentagon years of the Orange Democratic Movement 10 years ago, but has since decamped to the Jubilee Party.

When he was nominated a Cabinet secretary, questions arose over his qualification as he has no formal education beyond primary school.

But the National Assembly endorsed him, largely because opposition Nasa MPs had boycotted sittings at the time.

Last week, claims emerged that some leaders were plotting to impeach him, a plot the CS claims was hatched by Mr Odinga.