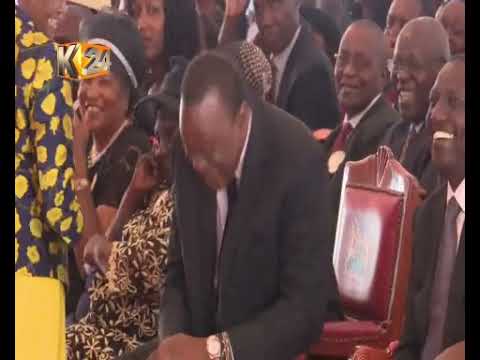 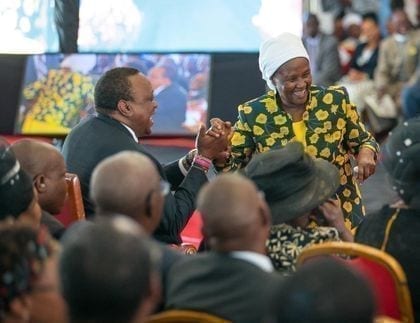 President Uhuru Kenyatta left mourners at the burial of musician Joseph Kamaru in stitches after he said he had met his childhood friend and asked her for a soda.

The song is an artistic piece where drama arose in Makadara when a man came home and found his wife with another man (in a single room with no place he could hide).

After the door was forced, the man was hauled from under the bed and was almost knifed to death, but the headman intervened and saved him.

Uhuru said Celina had reminded him of their days at Ichaweri where he had served them sodas every time they visited Mzee Jomo Kenyatta.

“Celina was reminding me that I used to give them sodas when they came home. Now I have told her it is her time to give me a soda today,” the President said amid a heavy laughter.

Earlier, Celina, who is in her 70s, had brought the ceremony to a still after they engaged in a lively talk with the President when she was given permission to go greet him.

Moi’s granddaughter hits out at DP Ruto over Kabarak snub