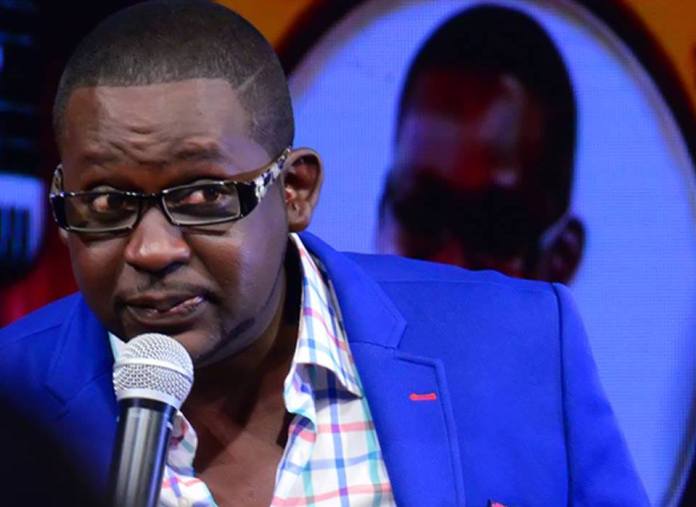 Rumors of poor pay or lack thereof have continued to cause trouble for one of Kenya’s renowned comedian Daniel Ndambuki alias Churchill.

In the past, Churchill has been accused of poorly paying his acts. In 2017, for example stand up comedian and radio personality Rapcha Sayantist called out the laugh industry chief executive for underpaying the comedians.

This is after the untimely death of one of Kenya’s finest Emmanuel Makori Nyambane alias Ayeiya Poa Poa.

An irate Rapcha said that Ayeiya died poor and so will other acts performing at the Churchill Show.

This time around it is a section of his crew members complaining of being poorly remunerated.

Insider sources say that Churchill has withheld the crew’s pay from March and those who have tried to stand up to him have been sacked without reason and warning.

Kahawa Tungu understands that it is impossible for the crew to take legal action against Churchill who allegedly rakes in millions from his “County Edition” shows, because they do not have contracts.

A former  employee who left the show for non-payment intimates to Kahawa Tungu that the comedian has not been remitting tax dues for his employees.

Sources privy to the details also indicated that suppliers have also been subjected to the non-payment with some going as long as up to 5 months without pay.

So dire is the situation that at some point Super Sport cameramen came on board only to leave a couple of months later.

It has also been said that as much as the funny man has provided a platform for acts, he still wants a piece of the pie for deals they get. He apparently asks for a 20 per cent cut from every act that steps on the stage.

On his side, Daniel Ndambuki who spoke to Kahawa Tungu confirms that it is true that some crew members have not been paid due to a restructuring process going on.

“We are restructuring the company and we have put in place a payment plan. Those who have not been paid will still be paid,” said Churchill.

Mr Ndambuki, popularly known as Mwalimu King’ang’i added that in the course of restructuring a few individuals were left out of the company due to productivity issues, but were not sacked for asking for their pay.

“Those complaining have a right to be paid but there are channels to be used. Their payments have just staggered but we are going to pay them,” affirms King’ang’i.