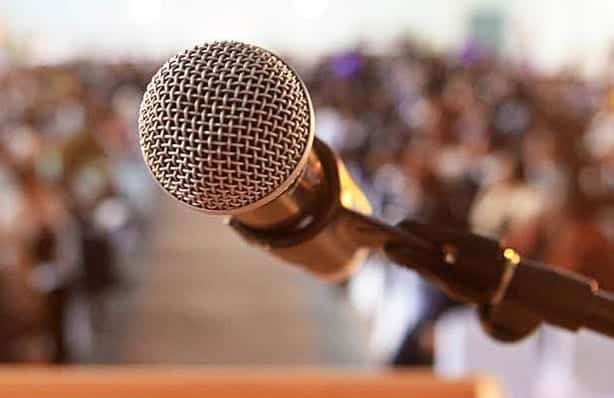 Last week, in one of the local dailies, there appeared a death announcement that was insouciant and nondescript.

Unless one knew the person or was her friend or relative, many readers who glossed through the obituary pages on the Daily Nation of November 9, 2018, easily ignored and passed the announcement that was accompanied with her mugshot.

It was of a lady called Agneta Machinga.

Agneta, said the funeral announcement, was born in 1958 and died last week, on November 6.

I knew Agneta – just like scores of Kenyans knew her – without ever really having seen her physically. In the 1980s and early 1990s, especially just before the onset of FM radio stations, Agneta was a permanent feature on the Kenya Broadcasting Corporation (KBC) national radio, one time known as the Voice of Kenya (VOK).

Those of my generation are aware that in the epoch of one party state, KANU, which as then President Daniel arap Moi was wont to say, was baba na mama (father and mother) of every Kenyan, KBC Radio and KBC Television were also the baba na mama of all Kenyans, when it came to news, entertainment and education.

Radio Station Guest Collapse and dies on the spot During…

Agneta, who hailed from Lanet in Nakuru and worked at a Total petrol station as an attendant, became the queen of salaams (greetings) on KBC Radio.

Since I became aware of my existence as a person, and since I discovered radio as a medium of excitement and enjoyment and listening to distinctive baritone voices of radio personalities, I came to associate Agneta’s name with KBC salaams programmes.

Agneta became a legend in my youth as a radio connoisseur. More so, because among the legions of Kenyans who sent salaams through the KBC, she was the most famous and the most renowned among the female salaams fans, sending greeting to thousands of Kenyans, who, in turn, greeted her back, becoming one of the people that received the most greetings through the air waves then, or maybe even up to date.

To be fair, Agneta was not the only Kenyan, who earned her fame from sending greeting through the airwaves. There was John Shoto Omunyololo, Francis Kadenge omwana wa Leah, Zakaria Demfoo from Machame Kisiki (from Arusha in Tanzania, I think), Robi Reuben Robi (who for the longest time was a DJ at Pivot Club in Nakuru), Ochi Live and Ochi Thunder, who interesting were also from Nakuru town, among others.

Are all these people still alive? It would be good to know.

The death of Agneta brought back in me nostalgic memories of a person who enlivened radio. If a day went by and Agneta’s name was not mentioned in Salaam za Majeshi, Zilizopendwa or even in Sundowner on the General Service Radio, I would panic and wonder what might have happened to her. But again, the following day, she would be back and it was all so reassuring.

James Onyango Joel (JOJ) and John Obong’o Junior (JOJ) were then the signature voices of KBC. Just like every day I looked forward to hearing Agneta’s voice numerously and thunderously being mentioned on the radio, I equally looked forward to listening to the manly voices of these two radio presenters. Onyango presented Salaam za Majeshi and Zilizopendwa, while Obongo was the king of sundowner.

Again, Onyango and Obong’o were not the only KBC presenters who became famous and entertained scores of Kenyans over the airwaves. There was Agawo Patrobas, who died last year, Tom Kazungu, Ike Mulembo (who went by the moniker Ike on the Mike), Lenny Mwashegwa, James Ogoma King, Ali Mazoa and Victor Odak Omalla. All these presenters were either on the General Service Radio and, or Kiswahili Service.

Agneta and her fellow salaam warriors, through the broadcasters, popularised the phrase salaamu ni nusu ya kuonana (greetings are as good as half seeing each other), which the announcers would proclaim with a lot of pomp and circumstance.

In the 1980s, when I grew up as a young lad, radio was king and it halved the distance of Kenyans separated by hundreds of kilometres all over East Africa, through sending of greetings, which, in a manner of speaking, truly halved the distance and was as good as half seeing your interlocutors.

The greetings were sent through greeting cards which were solely sold by KBC and Kenya News Agency (KNA) outlets. If I remember well, the cards used to cost 25 cents each and were printed by the Government Printer.

Today’s world distance has been collapsed by the magic and power of social media. In the 1980s, greetings over the national radio collapsed distances as far as East Africa. The generation of today would view the greeting cards as a very archaic way of linking up. But they would be pleasantly surprised to learn that every era, every generation and every society has its great moment of innovation, and its pioneers too.

Agneta and Co. pioneered and revolutionised the idea of keeping in touch through radio. She spent lots of money (then) buying greeting cards to collapse distance. The only investment one was required to have on the other end was a transistor radio that was powered mostly by the indubitable Eveready (Paka Power) batteries or any other brand of dry cells and you were good to go.

Today, the Kenyan millennials who were born just when Agneta was perfecting the art of sending salaams through the revolutionary greeting cards, buy hordes of air time bundles to send their latest selfies and anecdotal messages on Instagram, Snapchat and WhatsApp – social media apps that are today subscribed by hundreds of millions of young people.

All they need to do is invest in a smart phone, mostly powered by the Android app and which, unlike the transistor radio, is not exactly a cheap affair.

But hey, which youth today is ready not to invest in a smart phone and miss out on the information overload that has helped make the world look like a global village, yet paradoxically, has created huge distances between human relations?

Mr Kahura is a senior writer for ‘The Elephant’, a Nairobi-based publication. Twitter: @KahuraDauti

Why President Uhuru Kenyatta had to act on graft