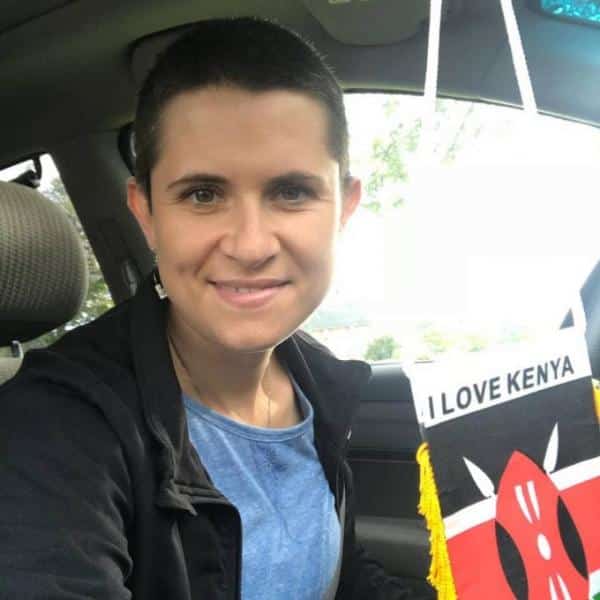 One thing that excites Kenyans so much is when they spot a foreigner speaking Swahili fluently. However, what left them in stitches is a mzungu beauty speaking Swahili in a completely hilarious Luhya accent.

Scrolling through the internet, TUKO.co.ke bumped into a rib cracking video of a gorgeous white woman speaking like a true Luhya. Prepare to laugh! So this lady who goes by the name Pearl Lwoyelo first had Kenyans fooled when she unleashed her flawless English as she tried to rate famous bread spread Blue Band.

At first, she appeared to be so shocked when she tasted it and by the looks of things, she appeared not to like the margarine. Then she pulled a first one on us when she started speaking in Swahili as she explained why the bodies of her fellow foreigners were never proportional.

Yes she said all this in Swahili, as she mimicked a hilarious Luhya accent. Ah! The joy. Photo: Pearl Lwoyelo Source: Facebook

Yes she said all this in Swahili, as she mimicked a hilarious Luhya accent. Ah! The joy. Pearl without mincing her words hinted the Blue Band helped Luhya women develop some mad curves on their body and maintain their big bums. Going through her

Facebook page, the first thing that captures your attention is she comes from Kakamega County and she loves Kenya more than life itself.

Why Musalia Mudavadi was forced to surrender NASA coalition outfit

The 5 Top Most Beautiful News Anchors in Kenya

Why is Everyone Running to Nakuru City-Fourth city in Kenya