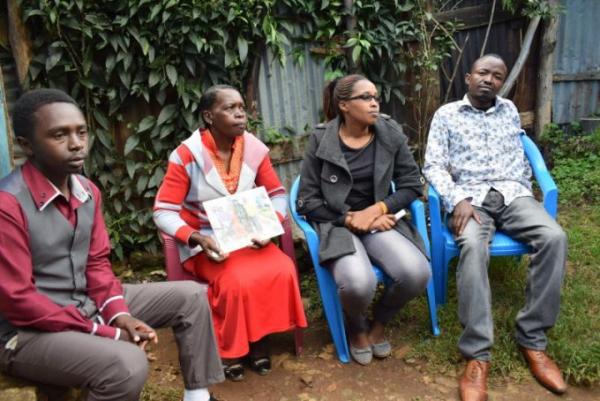 The family of a man who has been detained for six months in an Indian prison is pleading with the State to intervene.

Richard Koome, 26, is being held in India since May 28 after being arrested at an airport in Mumbai for allegedly trying to smuggle 66kg of miraa.

Prior to the predicament, Koome was a miraa trader in Eastleigh, Nairobi. His mother Zipporah Nkatha said her son had been hoodwinked by an Ethiopian businessman who also operates in Nairobi.

She said Koome fell into the trap to smuggle miraa, which is illegal in India, after being promised “good money” if he delivered the Khat to Mumbai.

“My son had been selling miraa in Nairobi, where he had been living with his wife, for more than four years. Before he travelled to India he had called to inform me that he had landed a good deal to do business in India. However, we did not knew it was an illicit deal since miraa is illegal in India,” Nkatha said.

She said Koome had told the family he was working for a businessman only identified as Yusuf who had paid for his air ticket to India.

Nkatha said after her son was charged in India, he failed to raise the Sh1 million bail.

She said a Mr Yusuf had linked them to a lawyer who had represented Koome. However, she says they can no longer communicate with the lawyer and the businessman as their phone numbers are no longer in service.

“We have been in the dark for the six months because we cannot tell the fate of my son or what he is going through. I had earlier written to the Ministry of Foreign Affairs to help us but l am yet to receive the feedback,” Nkatha said.

Koome’s younger sister, Ruth Makena, who spoke to journalists at their home in Maua town in Igembe South, asked the government to engage the Indian authorities and help secure her brother’s freedom.

Poll officials trickle in at Bomas with Forms 34A, 34B