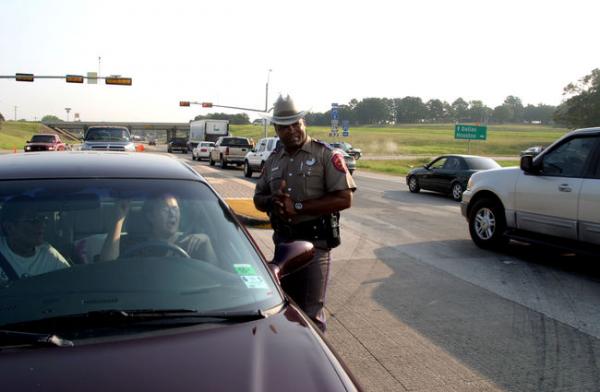 The Texas Legislature next year will consider whether to allow people in the U.S. illegally to receive a ‘conditional’ Texas Driver’s License, News Radio 1200 WOAI reports.

The proposal, introduced by State Rep. Ramon Romero (D-Ft. Worth) would stipulate that any person applying for a ‘conditional license’ can prove residence in Texas for one year, and, regardless of age and past driving history, would have to pass a Texas drivers education course.

Most importantly, to get a conditional license, the person would have to show proof of insurance and financial responsibility, must demonstrate the individual has not been convicted of a crime, and must provide a full set of fingerprints, as well as a passport or other proof of their country of origin.

The conditional license would look ‘substantially different’ from a standard TDL, according to Romero, and would prominently marked that it could not be used as any type of identification, like for voting.

And, the applicant would have to provide proof that the person is “is unable   to   present   to   the   department documentation issued by the United States agency responsible for citizenship and immigration authorizing the person to be in the United States.”

Supporters have long argued that illegal immigrants drive anyway, and issuing licenses would be a way to make sure the individuals understand the rules of the road and, most importantly, have insurance to cover damage caused by car wrecks.

Opponents say issuing a driver’s license of any sort would act as another taxpayer-funded ‘magnet’ which would encourage people to come to Texas illegally.

Kabogo ordered to pay Sh100m as he loses muti-million property