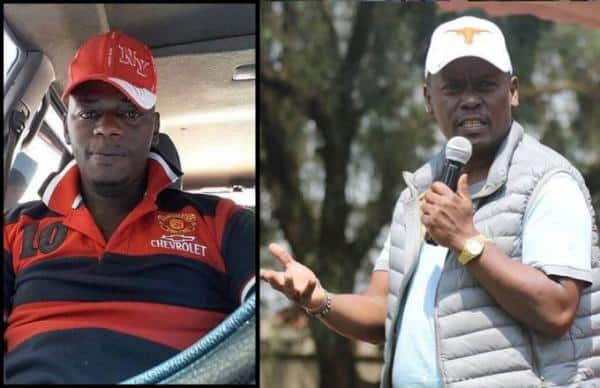 Former Kiambu Governor William Kabogo has distanced himself from a man he says is masquerading as his son.

Through a post on Facebook, Kabogo stated that the man who goes by the name Tony Kabogo has no relation to him or his family.

He claimed that the lookalike was a con using his name to swindle money. The billionaire politician urged the public to beware and report to the police.

“This guy is a fraud and an imposter. He is NOT my son. He is a conman be aware. If you spot him report to the nearest police station,” wrote Kabogo.

Kabogo told eDaily that he got wind of Tony’s alleged ploy when one of the victims he targeted contacted him.

“I got to find out about the so-called Tony guy, when a person – I presume his target – called me on phone on Friday, and asked me if I knew the Tony Kabogo guy; and whether it was true that he is my son. The caller from Thika told me that he was on the verge of sending the said-Tony guy hundreds of thousands of shillings to secure a State tender. I, immediately, discouraged him against proceeding with the ‘deal’…

“Reports filed by several victims at Kiambu, show that the said-Tony Kabogo has duped them into parting with hundreds of thousands – in one case, he allegedly took a victim’s Ksh200, 000 and in another incident, he swindled Ksh400, 000 from another person,” said Kabogo.