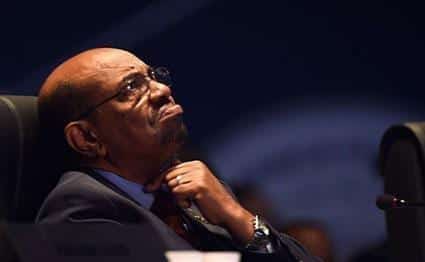 “If Uganda is approached to grant asylum to Bashir it is an issue that can be considered at the highest level of our leadership,” state minister for foreign affairs Henry Okello Oryem told AFP.

He said that as a result of Bashir’s key role in mediating a peace deal in neighbouring South Sudan, “his asylum in Uganda is what the government of Uganda can consider.”

In the meantime, “Uganda is keenly following the developments in Sudan and we ask the new leadership there to respect the aspirations of the Sudanese people among them peaceful transfer of power to the civilian rule”

Protest leaders say Bashir must face justice, however the transitional military council currently leading the country has said it will not extradite the ousted leader.

The council says Bashir remains in custody, but has not specified his whereabouts or that of other senior regime leaders.

Uganda is one of several African nations which have hosted Bashir in the past without handing him over to the ICC, despite being signatories of the tribunal.

Bashir faces charges of genocide, war crimes and crimes against humanity relating to the conflict in Darfur.

The war in Darfur broke out when ethnic minority rebels took up arms against Bashir’s Arab-dominated government, which launched a brutal counter-insurgency.

The UN Security Council asked the ICC in 2005 to investigate the crimes in Darfur, where the UN estimates at least 300,000 people have been killed and 2.5 million displaced.

The battle of the Rutos renewed; one attacks the other again

Video:Horrifying ordeal of a rape victim on a wedding day

Emmy Kosgei’s Message To Those Claiming She Filed for Divorce